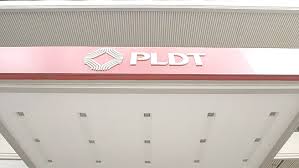 “There are a lot of discussions happening today with a lot of BPOs (business process outsourcing) expressing their interests. Even the companies in the United States are talking to us,” PLDT ALPHA Enterprise Head Juan Victor I. Hernandez told BusinessWorld in a chance interview last week.

Last month, the firm launched the country’s first cloud-based contact center service technology in a bid to get more clients from the business outsourcing management sector.

“The interest that we are seeing is encouraging,” Mr. Hernandez said.

The firm hopes to close a deal on February next year, but is still looking into the possibility of netting one before the year ends.

“A lot of them are looking at it immediately for short term ramp-ups. One is interested in making it possible for their February Valentine’s day campaigns. But we are trying to see if we can close a deal before the end of the year,” Mr. Hernandez said.

He could not, however, go into the financial details of the project.