IBM and Cloud Foundry: A match made in heaven?

IBM’s partnership with Cloud Foundry will certainly go down as one of the bigger announcements in the cloud computing space this year. 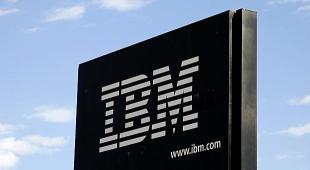 But what will it mean on a wider scale? IBM and Pivotal have announced collaboration on the open platform as a service (PaaS) Cloud Foundry, pushing forward to establish open governance in the PaaS community – in other words, allowing companies total freedom to write software applications running in the cloud.

“Cloud Foundry’s potential to transform business is vast, and steps like the one taken today help open the ecosystem for greater client innovation,” Daniel Sabbah, IBM general manager of next generation platforms said in a statement.

This is the latest big bet IBM has taken in mapping out its cloud computing strategy in recent months. And as a result, you can be fairly sure the Cloud Foundry technology is going to integrate tightly with IBM’s infrastructure as a service (IaaS) offerings.

Having bought SoftLayer for around $2bn in June, and having told over 8000 delegates in April that the IBM SmartCloud Foundation solutions were all going to be underpinned by open source infrastructure OpenStack, the name of the game will be fitting pieces into the jigsaw more than anything else.

With the marriage of two open source technologies, the potential is exponential. One area which is less set in stone, however, is the race for developer buy-in, which could become a fascinating battleground in the coming months. And it’s all trying to get share which Amazon Web Services is yet to corner.

AWS is, of course, the company to beat when it comes to size – a mere two trillion objects and counting in its S3 cloud – and government accreditation. Yet there’s an argument to be made that, with many companies still taking baby steps in adoption, open cloud infrastructures could attract plenty of devs, and “strengthen the ecosystem outside AWS”, as Brian Proffitt put it.

It’ll also be interesting to see where Red Hat, who detailed its cloud computing ambitions at its annual conference last month, will fit in with its big bet on OpenStack and public PaaS cloud.

But as ZapThink wrote in a thought piece CloudTech published last month: “OpenStack is built by committee, while Amazon has complete say over the workings of AWS. Committees will always move more slowly than proprietary vendors, especially when the proprietary vendor already has a multiple-year lead.”

In the industry there’s a pervasive sense that, whilst this development wasn’t a surprise, there’s still a little way to go before Cloud Foundry becomes truly open source. IBM’s push, however, could truly be the start of something big.