Predictions for Cloud Computing in 2014: New Clouds, Cloud Wars and The Internet of Everything

Cloud computing is arguably one of the greatest innovations in how we share and access data, and it has elevated smartphones, tablets and e-readers from amusing gadgetry to viable business and lifestyle aides. 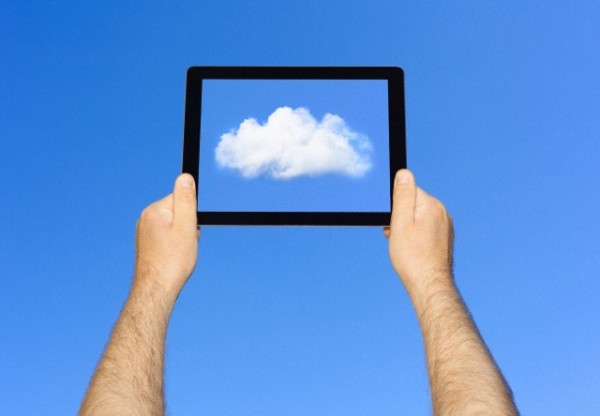 It’s given businesses the ability to share sensitive data, create online offices and streamline how they operate. It’s revolutionized how we bank, store music and photos and access film and TV shows. Office 365, iTunes, Kindle and Netflix are just a few of the applications that cloud computing has influenced over the past couple of years, and the technology looks to continue expanding in 2014.

However, what shape will this progression take? We collected predictions from experts on the front line of cloud-based technology to try and foresee what 2014 will hold for this exciting technology,

What’s instantly clear from the experts’ viewpoint is that cloud computing will become ubiquitous in day-to-day life, new services will proliferate and existing ones expand in scope. Antonio Piraino, CTO of ScienceLogic, predicts that the hyper-competitive cloud computing marketplace is in for an ugly 2014:

“2014 will be the year of Amazon Web Services and the Big Cloud wars. Just as AWS upset the traditional System Integrator (read IBM) apple cart with its recent Fedramp-certified victory in the Federal space, so too will other feathers soon be ruffled. The cloud behemoth is hiring enterprise solutions experts far faster than it took Oracle to acknowledge the cloud. Add to that the public facing announcements around business productivity creativities like Amazon Workspaces (fully managed desktop computing), and warning signs to traditional business-oriented data center and IT offerings have been officially sounded.

“Add to that the movements form other cloud providers at other ends of the stack like Salesforce.com’s combined service offerings with HP, VMware’s move to a cloud platform service offering, and suddenly Microsoft’s anti-Google Scroogle ad-campaign may just be the shot heard around the world, kicking off the cloud wars that have been rumbling for years now.”

As the big boys kick up a storm amongst the cloud, signing big name clients and handling seriously sensitive data, this will create an even greater focus on security. Matthew Branton, founder of SenderDefender predicts that:

“2014 is going to see a proliferation of cloud data security applications as businesses and individuals start asking questions about where there data lives and who has access to it. Concerns over domestic spying programs, recent NSA revelations and the growing threats of business identity theft and corporate espionage are going to increase demand for services that offer a much higher degree of security and integrity.”

This prediction is echoed by Kent Landry, Cloud Enthusiast at Windstream:

“Cyber-crime activity will continue to rise. With more virtualization and a larger number of entry points occurring through IOE trends, business and consumers become more vulnerable to cybercrime. The security industry will flourish as organizations increase investment in protecting their data and their customers with more advanced prevention software.”

Philip Whitchelo, Vice President of Strategy at More Than a VDR suggests that one answer to these security issues will be “increased emphasis on identity authentication and encryption within the cloud.”

“Cloud providers will all need to have identity assurance in 2014 for their services. The encryption of data transfers and storage will be more heavily enforced by organizations and, in turn, will also demand greater transparency from cloud providers that they are following best practices in regards to encryption.

But what of cloud computing’s impact on consumers in 2014? Reuben Yonatan, founder of Founder of GetVoIP, predicts that the way we store and consume media will continue to move away from tangible products:

“Cloud backup and storage like Mozy and DropBox continue to grow, and even though home backup is cheap, cloud backup providers will continue to convince consumers that having an off-site backup is the most secure way to keep pictures of their family.

“Netflix, Amazon, Hulu, Blockbuster.com, Redbox.com, and other TV/movie cloud services will grow, while Blu-rays and DVDs sales and rental will decline.

“Blockbuster Video has been the most remarkable victim of this sea change. Services like Slongbox and Joey/Hopper allow you to take your TV with you when you go, thanks to cloud services. Expect the movie industry to respond by selling deluxe box sets with extra goodies.

“Streaming music services like Pandora and Spotify will grow at the expense of downloaded music and both terrestrial and satellite radio. High end cars are being built now with either smartphone or Bluetooth connections or outright car-based subscriptions to streaming music options. As new models are rolled out this year, I predict this option will be available on more mainstream cars.”

So, as business and consumer spheres move closer and closer to the IOE, cloud computing looks set to become a crucial, competitive and (if not properly secured) potentially controversial technology in 2014.