Communications minister Senator Stephen Conroy today used the CeBIT trade show in Sydney as the venue for unveiling the government’s national cloud computing strategy. The strategy is intended to boost adoption of cloud services and promote the cloud services sector within Australia. “Cloud computing has reached its tipping point. It is no longer a trend,” the minister said. 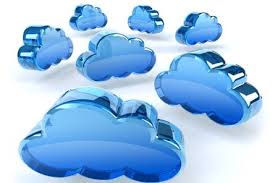 Conroy told the conference that Australia “cannot rely on the resource-based boom times to last forever.”

“Australia’s terms of trade are falling,” the senator said. “The strategy spells out the government’s vision that Australians will create and use world class cloud services to boost innovation and productivity across the digital economy,” Conroy said.

The minister said that there is “incredible synergy” between the National Broadband Network and cloud computing. “Together they become more than the sum of their parts.”

The strategy sets out a plan of action to “make the most of that synergy.”

The “goals and actions” of the new policy “start with the government”, Conroy said. The Australian Government Information Management Office will have responsibility for implementing many of the government-facing aspects of the strategy.

Government will be a leader in the use of cloud services, with the goal of achieving greater efficiency, deliver better public servants and making the public sector more agile, Conroy said.

A second pillar of the strategy is focussed on SMBs and SMEs.

“Under the strategy we will ensure Australian small business, not-for-profit organisations and consumers will have the protection and tools they need to acquire cloud services with confidence,” Conroy said.

“The government does not see the need for industry sector regulation for the cloud services sector,” the minister said. Cloud services are already covered by the Privacy Act and the Competition and Consumer Act, he said.

“However, we will be encouraging industry to establish a voluntary cloud consumer protocol to outline agreed industry best practice.”

Development of this protocol will by spearheaded by the Australian Computer Society.

The government will also push for the development of cloud standards to promote interoperability between services from different providers.

“Industry standards are critical for many industries and the cloud services sector is no different,” Conroy said. “By making mutually consistent decisions cloud service providers can realise industry wide gains. This opens up the door to compatibility, interoperability and quality.

“The establishment of common standards is not something the government can do by itself. Australia must be part of the global conversation to ensure our interests are protected.”

To that end the government will work closely with the private sector and standards creations bodies, such as Standards Austraila, Conroy said.

The final pillar of the policy is engagement with industry and the tertiary education sector to promote Australia’s skills base for developing cloud services.