Cloud storage is becoming more common in business, but it’s by no means ubiquitous. Some businesses are holding back from adopting the cloud on a large scale, citing a number of misconceptions for their hesitancy. 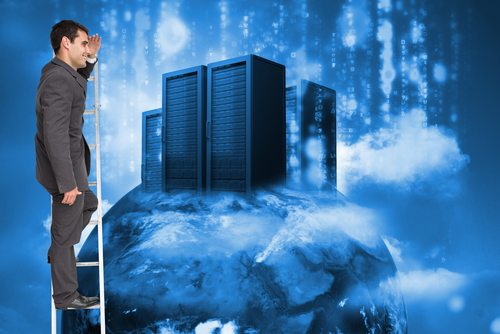 Rather than delay your adoption of cloud storage, look closely at the reasons your employees are using to delay your move to the cloud. While no network is perfect, the cloud is probably a much better fit for your business than you expected.

Here are some of the most common myths.

1. The Cloud Isn’t Private Enough For My Files

Some people think that the cloud is a privacy risk, and by putting their files into cloud storage, they’re at risk of being spied on. While cloud storage involves transmitting data over the internet, your files aren’t necessarily available to anyone who wants to see them.

Services like SkyDrive and Dropbox unencrypt data after it’s received so their features like file versioning work, but there are other services, like SpiderOak and Mega, that don’t. And if your business is already using another provider, you can use a service like BoxCryptor to encrypt files before transmission, making them more secure.

2. Cloud Storage Is Too Complicated

‘Cloud’ is something of a buzzword, and if you’re not used to the terminology, you might be confused as to the practical benefits of cloud storage. Many businesses struggle to get buy-in from employees when they utilise complicated systems in the workplace.

But cloud storage need not be any more complicated than a regular network storage facility, such a shared drive. In fact, most cloud storage providers have made their apps so easy to use, many employees eventually prefer them to traditional network drives. For one thing, there are no problems with permissions and access: cloud storage just works.

This myth is based in truth, and it’s come about because of the massive adoption of Dropbox. Most of us signed up for free Dropbox cloud storage accounts via referral links, and then found that our employers had assigned us a second Dropbox – an inconvenient move, since it was impossible to use both on the same device.

Now, Dropbox has changed that. Its new Dropbox For Business product will soon enable employees to use personal and private cloud storage side by side.

4. The Cloud Is Not Eco-Friendly

Cloud storage requires the use of several servers instead of just one. That’s because data is duplicated across multiple physical machines, lowering the likelihood of downtime and making your data more available. That means more servers are used, and there’s a bigger demand for power.

But the cloud is actually driving the adoption of green technologies as companies realize they have to cut back on data centre power costs (to save the planet or save money, depending on your perspective). Some are using wind or solar power; Apple’s iCloud is partially powered by a massive solar array.

Additionally, the cloud allows servers to be virtualized. This process that ensures they’re used more efficiently because several server instances can run side by side on the same machine.

Some companies are also moving their data centres to cooler climates such as Finland to cut down on cloud power consumption.

5. There Will Never Be Any Downtime

This is a common myth about cloud storage, and it’s also the only negative point in our list. But in order to be honest with employees, it’s worth tackling the uptime issue early on.

The cloud is a robust place to put your files, and uptime is generally as close to 100 per cent as anyone could hope for. However, it’s not guaranteed to be 100 per cent all of the time. Any company that says its network, servers or infrastructure never fail is either very new or slightly dishonest.

Cloud storage is generally very reliable – so much so that outages always hit the headlines. Downtime is rare, but it happens. Rather than selling your staff an unrealistic utopian vision of the cloud, it’s best to be honest and stress how infrequent these outages are.

The final myth is that some people don’t need to use cloud storage. Inevitably, the people who claim they are careful are the people who assume computers never stop working and hard drives never fail. These employees are the ones that could cause your business real problems.

It’s up to the business to make cloud storage convenient, accessible and useful to the user. That might include things like mobile device syncing, fast internet connections, masses of space or collaborative editing. Once you prove the benefits of cloud storage, its far easier to get buy-in from your more stubborn members of staff.

Moving Into the Cloud

Cloud storage is a flexible, inexpensive alternative to hard-wired storage, yet it opens doors for collaboration, backup, sync and mobile access. It’s difficult to imagine a business that wouldn’t benefit. Rather than holding back, look at the benefits: soon, your employees will wonder how they lived without it.