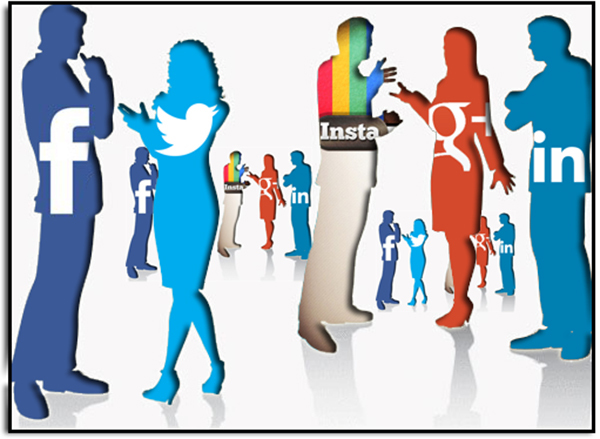 When you think of social media these days, you probably think primarily of Facebook and Twitter, and perhaps Instagram. But while those services have massive — and growing — user bases, they’re of course not the only games in town.

The world of social media is filled with other services, and millions of people get a daily fix without ever going near Facebook or Twitter. There are big general networks like Tagged, and plenty of smaller, purpose-built ones like Path or celebrity-focused ones like Lady Gaga’s Little Monsters. There’s even a revamped MySpace.

So what does 2013 hold in store for the world of social media? Only time will tell, naturally, but CNET put on its prognosticator’s hat and took a stab at a few predictions for the year ahead.

1. MySpace relaunches; no one cares
If all goes as planned, sometime in the next few months a fully revamped MySpace will launch, attempting to lure in a hip, young audience with a media-centric theme and an ownership that includes celebrities like Justin Timberlake.

The company knows it will never again be as big as it once was, but launch it will. And the collective response will be crickets. Though MySpace’s new senior management knows they can’t compete with Facebook as people’s primary social network — they expect that it will be integrated with both Facebook and Twitter and focus on music — it’s still hard to understand why anyone needs a new MySpace.

After all, Facebook, with its Spotify partnership, already makes it easy to listen to and share music. And Facebook and Twitter both give musicians easy ways to connect with fans. So the entire rationale for relaunching a beleaguered brand whose raison d’etre has been superseded by bigger, stronger rivals, is hard to figure.

And users will come to the same conclusion. Though there may be a little bit of excitement as Timberlake and others lend their names and glamour to the new MySpace, that will quickly wear off as everyone realizes no one cares.

2. Twitter-Instagram photo rivalry continues to develop
A major 2012 story, which just happened to take place in the closing weeks of the year, was the intensifying battle between Twitter and its former ally Instagram. Twitter had seemingly hoped to buy the photo-sharing service itself, but saw its hopes dashed as Mark Zuckerberg swooped in with what turned out to be $715 million worth of cash and stock and bought Instagram for Facebook. In the process, Twitter lost its shot at a huge amount of revenue potential, not to mention being able to bring tens of millions of passionate and committed new users instantly into the fold.

In the wake of the Facebook-Instagram acquisition, Twitter began rolling out a set of fresh features that seemed intended to mimic the Instagram experience. That effort included making relevant photos show up atop Twitter search results; creating a more consistent mobile experience; and, then, most important of all, releasing its own photo-filtering tools.

But Instagram still boasts some significant advantages over Twitter when it comes to photo-sharing and creating and sharing artistic photography. Perhaps the most obvious is the extremely passionate — and fast-growing — community it enjoys. Still, Twitter has its own massive user base, and the potential to leverage it as its tools improve. Twitter needs to make its mobile photo experience even better and more focused than it is. It might even find that one way to attract more photographers is to add a photo tab to the current set of tabs: Home, Connect, Discover, and Me.

To date, Twitter has released eight free filters, and that number will have to increase and get closer to Instagram’s 18. That would help Twitter users see photo-sharing as a major part of what they choose to use the service for. Twitter is a force to be reckoned with, but the key question is whether it can work rapidly enough to catch up to Instagram before it’s too late.

3. Tout breaks out
In some circles, Tout is already a household name. The video-sharing service, which lets users quickly create and share 15-second clips, has become a favorite of athletes, news stations, and others. But many people have yet to even hear of it.

That could change in a big way in 2013. Though the company doesn’t seem to spend much on marketing, it has a loyal fan base, which uses the service consistently and smartly and are known to see their Twitter followings go up at faster rates than normal Twitter users.

And why not? If a picture’s worth a thousand words, then a short video must be worth far more than that. Tout is easy to use, and it’s easy to embed a tout in a tweet, and who doesn’t think a short video can say more than 140 text characters?

So far, though, despite being the service of choice for things like basketball star Shaquille O’Neil announcing his retirement, Tout has yet to break through. This could be the year that changes, as more and more people realize the value of creating and sharing 15-second videos. It turns out you can say a lot in 15 seconds, and as people learn that, they’ll have a service at the ready to help them get their messages out.

4. Bigger bucks for Twitter
Almost since its inception, despite its rapid growth, Twitter has had to fend off questions about its financial prospects. It was always seen as a great service, but few could see how it would make money. Now its critics are quieting down as it has beefed up its advertising platform.

But investors have put $1.16 billion into Twitter, according to Crunchbase, and it’s certain those VCs want the microblogging giant to step up its revenue machine. And soon.

How does it do that? It can continue doing what it began to get good at in 2012: getting brands involved, and deeply involved at that, while not making users unhappy by watering down the service with ads.

Plus, it could develop easier ways to place ads. Google became a financial juggernaut when it answered that problem, in part with self-service ads, and brands wanting to place ads on Twitter would surely like to have an easier experience. As well, Twitter needs new ways to make sales.

Fortunately, the company appears to take these challenges very seriously, and is investing real time and energy into how to take the next step. One advantage it has over Facebook is that mobile is just as good a platform for advertising on Twitter as the Web. That could bode very well down the line.

5. Facebook buys RockMelt?
Facebook has built a platform that offers users almost any tool you can imagine, from timelines to chatting to photo-sharing to groups, and so on. But one thing it doesn’t have is its own browser, either for the Web or for mobile.

Google, of course, has a browser, Chrome, that it leverages to gather data on what people are looking for, to boost advertising, and generally to keep millions of users tied to Google in ever more ways.

While Facebook could build its own browser — and could conceivably be doing so — it could choose instead to buy one that’s already developed and that has already proved attractive to users, as well as one that was created specifically to integrate well with Facebook.

To those who follow such things, that browser is RockMelt. Built as the browser for social, this Chromium-based tool is designed to easily work with Facebook and Twitter, yet it can also browse the Web normally. Its special sauce, however, is surely the way it seamlessly integrates social elements of Facebook.

As far as anyone knows, RockMelt’s not for sale, and there’s been no public indication that the company wants to sell, or has interest in selling to Facebook. But then again, RockMelt and Facebook share investors (Andreessen Horowitz), public relations firms (Outcast), and a sense that Facebook is at the heart of the social experience.

Bringing RockMelt in house would give Facebook a browser of its own, and one that might come at a reasonable price. Why would Facebook want to have a browser? Because it would suddenly have access to far more information about users’ behaviors, and could potentially keep users inside an all-Facebook fence, and away from its competitors, especially Google. Plus, RockMelt has an iPad version.