Microsoft Corp. MSFT +0.69% shares hit a new five-year high this week, as growth in the company’s online software business helped the stock break out of its mostly decadelong rut—despite lingering concerns about lackluster demand for its latest operating system and plunging computer shipments. 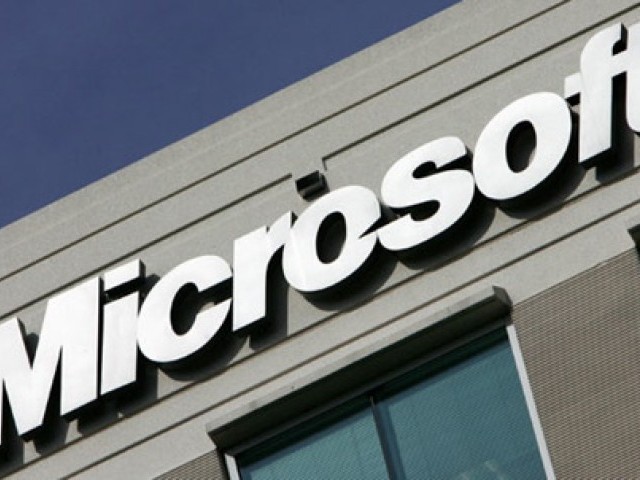 Several factors have contributed to the company’s sharp share gains, such as the growth and excitement in Microsoft’s videogame business, the market’s strong run, the company’s stable cash flow, and its 2.7% dividend yield and regular stock buyback program, both popular with value investors.

Yet beneath those trends, its enterprise software business—where Microsoft earns 70% of revenue and nearly 90% of operating profit—is undergoing a revival online. As the largest maker of PC software, Microsoft has turned to the Web, especially for businesses, as the way to leverage its $70 billion software franchise into the so-called cloud-computing era.

Of the current 600 million users of office-productivity software, 90% use Microsoft products, according to Gartner. Based on recent results, Microsoft appears to be converting some of those users into cloud customers. In the quarter ended March 31, revenue in Microsoft’s server and tools unit grew 11%, while revenue increased 10% in its business division, excluding consumer sales.

“At a time when we are going through a soft spot for enterprise IT spending, Microsoft seems to be gaining a bit of IT share, and I think that’s what investors are latching onto now,” said Brad Slingerlend, manager of the $800 million Janus Global Technology Fund, where Microsoft is the fourth-largest holding.

Microsoft shares hit a high Thursday of $34.14, its best mark since January 2008. The stock, up 27% this year, was at $34.08 in 4 p.m. composite trading Thursday, gaining 24 cents on the day. The shares’ steady growth in 2013 has come despite uncertainty over Microsoft’s slow competitive response to Web search, smartphones and tablets.

Office 365 is the flagship of Microsoft’s online strategy, and the company has integrated a variety of features into Office 365, including its recently acquired Yammer social network utility. Combined, the features make it possible to do numerous tasks online, via cloud computing, rather than through software downloaded to a gadget.

“It becomes very compelling when you have access on every device,” said Adrian Steele, IT director for Telefónica SA, TEF.MC -0.45% which said Thursday it would adopt Office 365 with Yammer to link its employees in 24 countries.

Beginning in July and ending in December 2014, he will move the company’s 130,000 employees off in-house software to Microsoft’s cloud, he said. Some work groups will require in-house hardware and software, but 90% will work in the cloud, he said.

Telefónica’s deal with Microsoft allows the telecom company to add workers to the cloud as it depreciates its existing hardware and software investments, “and break-even on the move,” Mr. Steele said.

ValueAct didn’t respond to requests for comment on the purchase. Microsoft said it was “committed to enhancing value for all shareholders,” but declined to comment on either the ValueAct purchase or the recent gains in its share price.

Cloud proponents say the software is less costly and easier to update and maintain than programs customers install in corporate data centers. Data centers allowed companies to automate paper-based business processes like hiring employees to booking an order. The Internet made those processes paperless, the smartphone made them mobile and the cloud allows mobile devices to work together.

Microsoft is positioning its cloud at the crossroads of those trends and gaining business, Mark Moerdler of Bernstein Research said.

By shifting core business utilities like Exchange and Office to the cloud, along with enterprise software such as Dynamics CRM for managing sales and marketing, Microsoft could “unlock an incremental $13 billion to $24 billion in annual revenue and 31 cents to 82 cents” in per-share earnings over three years, Mr. Moerdler said.

Mr. Moerdler raised his price target for the stock to $42 from $40, although analysts’ consensus target is $35, according to FactSet, suggesting the stock’s run may be near an end.

Another driver for share growth is Microsoft’s entertainment division, where revenue grew 56% in the most recent quarter, helped by new pricing for its Xbox game console. Expanding its Xbox Live gaming service to deliver entertainment for the living room and a social network has boosted membership 18% in the past year to 46 million, although paid membership is a lower figure that the company doesn’t disclose.

Microsoft also is expected to unveil its next-generation Xbox videogame console later this month, with a release seen in time for the holiday shopping season. Anticipation of new consoles from Microsoft and rival Sony Corp. 6758.TO -1.73% have lifted shares of many companies related to the videogame industry.