Looking for a job at Google? Better know Microsoft Office

Google’s momentum vs. Microsoft Office is in the news today: The New York Times reports that Google has scored “an impressive string of wins” during the past year with big companies opting for Google Apps and ditching Microsoft Office. 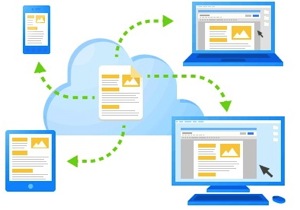 The story highlights problems for Microsoft including higher prices and complex licensing. IDC analyst Melissa Webster tells the NYT that Google is “getting traction” vs. Microsoft, and its “‘good enough’ product has become pretty good.”

But Google still has plenty of work to do among large enterprises — starting with Google itself.

The company’s own job posts demonstrate just how ingrained Microsoft’s productivity suite remains in corporate life, or at least in the corporate lexicon. A search of Google’s jobs portal brings up a long list of positions that explicitly cite proficiency in Microsoft Office programs — particularly Excel and PowerPoint — as minimum or preferred qualifications for doing the job.

For example, when hiring an executive compensation analyst to support Google’s board, the company will give preference to candidates who are “proficient with Microsoft Excel,” in addition to possessing outstanding written and verbal communications skills.

To be hired as a DoubleClick account manager in Australia, the candidate should be “very proficient in MS Excel and data analysis” with a “Strong understanding of MS Office, including PowerPoint.”

And the preferred qualifications for an “insights and innovation” analyst in Google’s Partner Solutions Group include being “proficient with analytical and presentation tools, including Excel (mastering pivot tables, graphs, and functions) and PowerPoint.”

Those are just a few examples — there are a lot more in the Google job postings.

To a certain extent, the situation can be chalked up to Microsoft Office and associated programs being a proxy for productivity software skills in general. If someone knows how to crunch formulas in Excel, that person should have no problem doing the same in the spreadsheet Google Apps.

That said, this Slashdot comment from a person who claims to be a Roche employee in the UK is interesting. Roche is one of the Google customer wins highlighted by the NYT, but the commenter says, in part, “I’d expect that a good swathe of the company will still need MS Excel — lots of us regularly use functionality that the Google spreadsheet doesn’t possess.”

In any event, the real sign of Google Apps making a big dent in the business world will be when its own hiring managers are able to stop treating Microsoft Office as the de facto standard.