If 20 Famous Movie Quotes Were About Cloud Computing

With a world dominated by mass and social media it is no surprise that pop culture arises from common trends that are marketed with these outlets. This makes me wonder how cloud computing may have looked different if famous movies quotes were about cloud computing. I think the world would be an artistically better place. Don’t you? 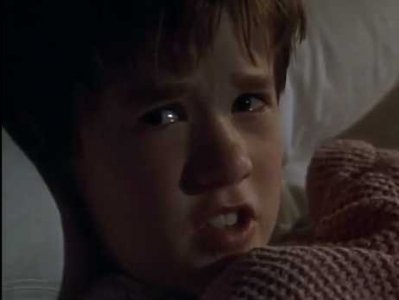 “Toto, I’ve got a feeling we aren’t using a USB jump drive to share our files anymore.” – Dorothy

“Cloud computing means never having to say I lost those pictures of your cat that you sent me.” – Jennifer Cavaalleri

“If you build a cloud network, people will share.” – Ray Kinsella

“You had me at secure storage.” – Dorothy Boyd

“I have always depended on the kindness of a shared network.” – Blanche

“Nobody puts all my files in the corner.” – Johnny Castle

“I’ll be back . . . with greater security features.” – Terminator

“Nothing is lost from our cloud until we decide it is. Were all our files lost when the Germans bombed Pearl Harbor? No!” – John Blutarsky

“NO . . . MORE . . . TRANSFERS! What are wired transfers doing on this computer when I told you NO WIRED TRANSFERS EVERRRR!!!!”: – Joan Crawford (As a character in the story)

“Now if one were to determine what attribute the German people share with a cloud network router, it would be the cunning and the predatory instinct of a D-Link DIR-865L.”
– Col. Hans Landa

15. Harry Potter and the Sorcerer’s Stone:

“There’s some cloud network out there. That… that witch in the cellar is only part of it. It lives… out in the internet, in the dark… something… something that’s come back from the dead.” – Ash

“All you care about is money. This city deserves a better class of free cloud computing. And I’m gonna give it to them!” – The Joker

“Frankly my dear I don’t give a damn . . . about your external hard drive.” -Rhett Butler

–Lloyd Christmas: “What do you think the chances are of a guy like you and a girl like me sharing a cloud network together?”

–Mary Swanson: “Well Lloyd that is difficult to say, we really don’t”

–Lloyd Christmas: “Hit me with it! Just give it to me straight. It took some time to set this cloud network up Mary the least you can do is level with me. What are my chances?”

–Lloyd Christmas: “So you’re telling me there’s a chance, YAAAH!”

20. The Empire Strikes Back:

–Darth Vader: “Luke, I am your cloud networking partner.”

-Luke Skywalker: “No that’s true that is impossible!”

-Darth Vader: “Search your feelings; you know it to be true.”

-Darth Vader: “Luke we can destroy USB jump drives together . . . it is your destiny.”

. . . And the Academy Award goes to . . . Leave your favorite in the comments section, or another that you came up with!