Enterprise Gets Serious About Cloud Computing

The use of the cloud within the enterprise is still growing at a healthy pace, but in a much more disciplined manner than in recent years. New data suggests that cloud computing is becoming less of an experimental tool but a production workhorse in the enterprise. 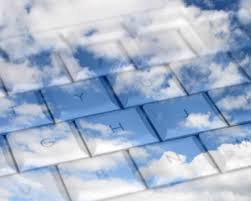 The data comes from just-released 2013 State of the Enterprise Cloud Report, an eight-page whitepaper from Verizon to positively portray its Verizon Terremark unit within the cloud market. Even taken with that grain of salt, the data within was interesting, such as:

That’s pretty high growth, and doesn’t initially smack of discipline, but rather a willy-nilly charge into the promised glory of the land of cloud hype-o-mania. But another piece of information in the report cools down the hype quite a bit.

The number of [virtual machines]—software applications that run programs like a traditional computer—deployed by enterprise customers has increased 35 percent since the start of 2012.

A 35% jump in VMs versus much higher rates of cloud memory and storage use would suggest that IT managers are finally starting to get their cloud management act together and aren’t just deploying into the cloud on whim and are actively managing away from cloud sprawl.

If this is the case, then a very important step is happening in the evolution of the cloud computing cycle: IT departments are starting to take cloud computing seriously. They are managing what they have not by adding more VMs to their clouds or virtual data centers, but rather optimizing the VMs they have with more memory and storage capacity.

The results would seem to be clear in the report itself, which adds that that nearly 60% of respondents had applications on the cloud that were mission-critical, web-facing production applications. It’s not just development environments where DevOps teams are playing in their virtual sandboxes. Even though we are still in the early days of cloud adoption, the report stated, “forward-thinking organizations are looking for closer integration of cloud services with their own infrastructures and applications by leveraging a hybrid model to create differentiation and competitive advantage.”

In non-marketing speak: IT is done playing around with cloud.

One thing about the report that may prove useful in retrospect, albeit in not the way the authors imagined. Since the data was gathered up until June 2013, prior to the revelations from former NSA contractor Edward Snowden of alleged active collection of cloud-based data by U.S. intelligence agencies, this report may represent the apex of enterprise optimism about the cloud.