Cloud computing and outsourcing: where does one end and the other begin?

For companies looking to take the complexity out of managing their IT infrastructure outsourcing has long been a popular option, allowing them to hand over the problem to a services company used to dealing with the intricacies of technology. 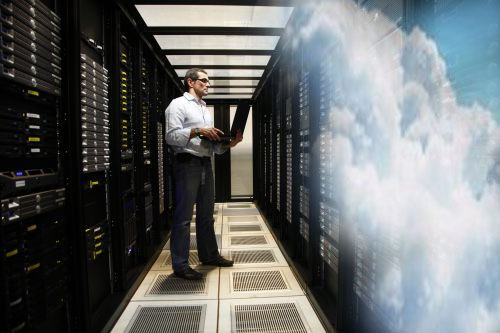 But now cloud is offering a similar deal: the ability to simplify both at the level of the application and from a budget point of view. Working out which to use — and when — will be a tricky balancing act that CIOs will have to get used to managing.

Right now, as the hotter concept, cloud is generating much more excitement than traditional outsourcing — indeed, some companies are concerned that their existing outsourcing contracts are holding them back from the benefits of the cloud.

Cloud is far less mature than outsourcing, which has been going on for decades, but is more radical because it involves the automation of a process rather than just shifting the process (often unchanged) to an outsourcer.

It’s the difference between getting an outsourcer to manage your bespoke, tweaked ERP system and replacing your on-premise system entirely with something off the shelf in someone elses’s datacentre. But while there are important differences between the two, it’s also possible to see them as part of a continuum, especially as outsourcers can use cloud technologies themselves as part of their outsourcing toolkit.

Because cloud has a shorter track record, companies will start by using it for less critical areas of technology before getting more comfortable with it over time.

As such, according to Thomas Reuner, principal analyst for IT services with Ovum, not everyone will put their enterprise critical applications in the cloud and most companies will want a mix of both

“Multi-sourcing is the jargon word,” Reuner says. There will be a mix between older, on-premise computing and outsourcing, he says, “and the cloud will nibble away at the overall spend on IT”.

Reuner also believes that this is  an emotional issue, and that IT managers are very reluctant to lose control over their IT departments.

But while considerations like losing direct control over their company’s IT resources may loom large in the minds of the IT staff, these, along with security issues, should not blind them to the potential benefits that cloud computing offers, Reuner says. “The cloud can be either a catalyst or an inhibitor.”

In order to find out which it is, he thinks that IT managers need to look at all the options and that this could result “in some work being taken back in-house, because that is the best place for a particular type of work”, he says.

Companies will continue to outsource, Reuner said, but he just thinks the decisions on what to outsource and where and how are just nowhere near as easy as people once thought.

Luke Mansell, public sector lead at outsourcing specialists ISG, takes a different view. He sees the cloud and outsourcing as different shades of the same thing, the wish to push resources and responsibility out to others who may be better able to get the best results.

Yes, companies will welcome the cloud, he says, but not as an all-embracing solution. “Look at outsourcing and it may be true that some companies are locked into contracts that they want to get out of but the financial penalties that can go with that can be high.” Mansell says.

So in future more IT infrastructures will consist of a mix of in-house software and systems, cloud services and some outsourced – all layered with various degrees of complexity.

The good news for IT professionals will be that there will be plenty of work for people who understand such complex systems and how to deploy them, even if cloud automates some of the more basic IT roles.

One essential, Mansell says, is that companies draw up a “cloud suitability framework”. It is a matter of assessing what the organisation requires and what it can and cannot do and the most important part of that, he believes, is “the data angle” — understanding what facilities and resources are required.

“People really have to understand that the cloud is no panacea,” he says. “You have to do the business case.”

Tony Morgan, the chief strategist for IBM UK, is in a similar camp to Mansell. He sees the cloud as just an evolution of outsourcing. “The cloud is just one of the sourcing models for organisations,” he believes. Any organisations consists of a string of resources such as storage, data, systems, network and so on and the cloud just sits alongside them, he says.