The variety of cheap and attractive cloud options continues to grow. But according to a Strategy Analytics study released Thursday, the U.S. market is being dominated by major companies with developed ecosystems. The report found that Apple, whose fusion between services and hardware has largely set the standard for such ecosystems, is leading the field, followed by Dropbox, Amazon and Google. 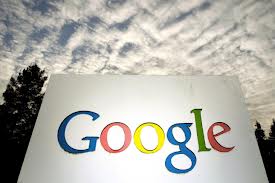 Strategy Analytics examined almost 2,300 connected devices and concluded that Apple’s iCloud and iTunes Match services accounted for 27% of users. The other players boasting a double-digit usage share were Dropbox with 17%, Amazon Cloud Drive with 15% and Google Drive with 10%. No other competitors claimed more than 4% of the field.

The study found that cloud adoption is heaviest among younger people, particularly those between 20 and 24 years old, and that only Apple attracts more females than males. Not surprisingly, given Apple’s large lead, music storage is the leading cloud use case. Around 90% of Apple, Amazon and Google cloud users rely on the services to store their tunes, and even Dropbox — which, unlike the others, isn’t built around a content ecosystem — serves as a music repository for 45% of its users. Strategy Analytics noted that Dropbox is likely primed to grow in this area; thanks to its December acquisition of Audiogalaxy, a music storage and streaming company, Dropbox could soon introduce features such as a native music player.

“Music is currently the key battleground in the war for cloud domination,” said Ed Barton, director of digital media at Strategy Analytics, in a statement. He noted that Google is aggressively courting users by offering enough free cloud storage for 20,000 songs along with the ability to stream these files to any Android device. Competing services offer similar free services at a smaller scale, but generally charge fees for the amount of space Google is giving away.

Music has been a cloud battleground for several years but Barton said that demand for streaming video will likely drive future adoption. For that reason, he is bullish on the Hollywood-supported Ultraviolet service, which, according to his company’s study, is currently used by 4% of Americans despite initially outraging users with its error-prone and convoluted interface.

In another notable finding, Samsung Music Hub holds more than 3% of Americans’ cloud usage. The South Korean electronics giant has been pursuing the sort of hardware-software synergies that propelled Apple’s meteoric rise, and an expanding cloud footprint will surely be a part of this goal.

Microsoft’s absence from the list is also noteworthy. The company’s SkyDrive cloud service now contains more than 1 billion files, and Redmond has been working to integrate the service into its most popular products, such as Office.

Strategy Analytics didn’t offer any statistics related explicitly to the enterprise, where cloud benefits include on-the-go access to files, opportunities to boost productivity via virtualization, hooks to big data tools and more. A variety of business-friendly cloud companies have entered the market but many companies are still negotiating what kind of configuration — public, private, hybrid, etc. — will best suit their needs.

Even among consumers, though, cloud adoption is still just crossing into the mainstream. According to the study, 55% of connected Americans have never used a cloud storage device.

Those who predicted that 2013 would be the “year of the cloud” might have been unrealistic, Barton said, adding that though cloud storage is becoming a “key pillar of digital platform strategies,” it is probably two to three years from ubiquitous use.