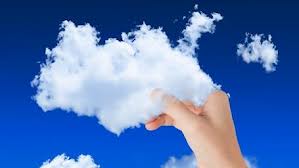 The notion is they provide specialized capacity beyond what you deployed using Oracle’s private cloud systems, which Oracle labels “infrastructure as a service” but is not actually a cloud IaaS offering — it’s the usual Oracle data center gear. Just as Oracle IaaS is not a true cloud offering, neither is Oracle’s new “Iaas On Demand” selection of rental application servers. Unlike with a true cloud on-demand service, your monthly fee — which requires a three-year contract — covers just the hardware, its maintenance, and some degree of usage. You pay extra for the Oracle software licenses and for “peak” usage (no definition or price given). It’s not the standard cloud model, in which the entire service is included with the fee.

Oracle’s “on-demand private cloud” isn’t merely an equipment lease either. It’s an odd hybrid created because Oracle finds itself stuck between the rock and the cloud, reluctant to devalue its hugely lucrative enterprise software products by folding into cloud-service pricing. The rise of cloud computing very much goes against Oracle’s highly profitable way of doing business: enterprise license agreements, maintenance contracts, and all the other trappings of big software.

2013 is perhaps the first year where Oracle will feel real pain from public cloud providers, such as Amazon Web Services, Rackspace, and Google, as well as emerging private cloud providers such as Eucalyptus and those based on OpenStack or CloudStack.

Now we know how Oracle is addressing this shift in the market: by renting its stuff and calling it a cloud. Too bad — Oracle blew an opportunity to make a more comprehensive and meaningful move into the cloud market.

I suspect that Oracle’s not-a-cloud private cloud will fool no one in the enterprise. But in some cases, it may be a more attractive way to pay for Oracle technology.

The reality is that Oracle had little choice but to sell private clouds, even if its decision to repackage its existing goods as rental units is a weak way to do so. Enterprises will get a new way to buy Oracle technology, but Oracle is kicking the can further down the road when it comes to finding a real IaaS strategy, private or public.