A tool Intermedia has used since 2010 to migrate more than 300,000 users to its cloud-based hosted Exchange service is now being made available to the company’s channel partners. The Cloud Concierge Onboarding Tool was developed by Intermedia, but has been used exclusively internally. Now the channel has access to it to migrate customers’ Microsoft (NASDAQ: MSFT) Exchange over to Intermedia’s cloud service. 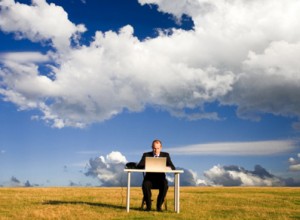 The onboarding tool was designed to enable users to fully control onboarding to Intermedia’s hosted Exchange service, from the creation of accounts to object creation, data migration and cutover. It’s good to see Intermedia now rolling out the tool—which has been in use for more than two years—to its channel partners, making onboarding simpler and easier to manage for its resellers.

Additionally, Intermedia will be providing its channel partners with free 24/7 live support. For those who don’t want to handle the migrations, Intermedia will make its onboarding team available free of charge.

“A smooth experience builds a strong and trusting partner relationship immediately, while giving customers confidence in the solution,” said Jonathan McCormick, Intermedia COO, in a prepared statement. “Our goal is to minimize onboarding interruptions, assure fidelity and proceed at the pace our partners and customers require.”

Intermedia noted in its announcement that the tool was designed to guide partners step-by-step through the onboarding process, including:

The tool will eventually be expanded to include onboarding to Intermedia’s Hosted PBX and Cloud Server in time. The company gave no ETA on when the PBX features would be added.