The cloud may not have quite reached maturity yet, but it’s getting there. Plenty of businesses rely on the cloud for mission-critical applications, and cloud adoption is steady enough in the U.S. that offshore public cloud providers fear they’ll never catch up to Amazon, Google, Rackspace and other cloud providers in the U.S. 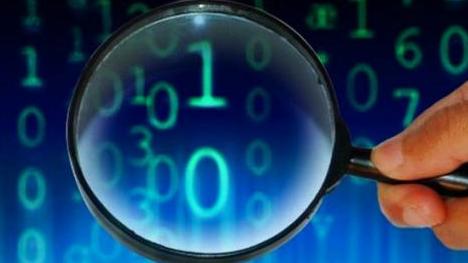 From outsourcing to automation

“The initial resistance to public cloud has begun to subside and customers are beginning to realize its efficiencies as the solutions mature,” said Ian Marriott, research vice president at Gartner. According to Gartner, spending on public cloud services is expected to grow 18 percent in 2013 to $131 billion. By 2015, Gartner believes the public cloud services market will exceed $180 billion.

Remember all of those jobs that were outsourced a few years back? Well, many of those jobs may be displaced again, this time by cloud services. In the near term, Gartner believes that cloud services will “complement,” rather than displace, offshore IT jobs, but I would argue that most jobs ripe for offshoring are also at risk of being automated out of existence.

After all, while outsourcing is cheaper than labor in the U.S., automation pushes those costs down even further. When IBM announced layoffs earlier this summer, many of the job cuts were in India – in other words, these were jobs previously outsourced that have now been eliminated altogether.

Network: from obstacle to opportunity

There is a major obstacle to the cloud’s rampant growth spurt, however, and that is the public Internet. If infrastructure and applications no longer reside in-house, how do you connect to them?

Over the Internet, of course.

Yet the public Internet doesn’t offer the reliability the enterprise needs, but the alternative, expensive private links, isn’t affordable for many businesses.

Cloud services are evolving in a way similar to how PCs caught on. Remember back in the early 90s when many of us had PCs, but each was its own tiny computing island? Email was confined to academia and a few government outposts. The early stages of the cloud followed a similar trajectory.

“The closed enterprise network is a thing of the past, and there is no going back. To compete in today’s hyper-connected business world, business networks need to break open and allow users to access on-premise as well as ‘cloud’ applications in the most seamless way possible,” said Sonal Puri, VP of VP Sales, Marketing & Alliances for Aryaka, a provider of cloud-based WAN optimization and network acceleration solutions.

Aryaka and other startups like Pertino are banking on the fact that businesses need faster access to cloud resources. So, these cloud-era networking companies have put their advanced hardware in datacenters around the world. Then, businesses simply connect to them in order to get virtual private networks that deliver LAN-like speeds over the WAN, from anywhere and to anywhere in the world.

And this trend may just be the tip of the iceberg as Software Defined Networking (SDN) further abstracts software from underlying hardware.

The advantage of cloud-based networking is obvious. As more mission-critical applications are consumed as cloud services, the applications will actually reside in the same data centers as Aryaka, Pertino and SDN providers. All a business will need to do is get a business-class connection to the nearest data center, and they will then be in the fast lane.

That doesn’t let service providers off the hook for how pathetic basic broadband is in the U.S., but at least businesses now have a way out of that trap.

Are you getting sick of all of the hype surrounding cloud computing? Well, I have some good news and some bad news for you.

The good news is that cloud hype is definitely starting to abate. This is purely anecdotal, but as I talk to industry experts, and as I sort through the many story pitches from vendors that show up in my inbox each and every morning, and as I visit various trade shows and conferences, the cloud obsession is markedly less so.

People are no longer obsessing about the cloud the way they did a couple years ago.

The cloud is a given, and now the focus is just about making it better.

The bad news? If you thought the cloud hype was out of control, big data hype could eclipse it.

Big data has a better origin story, with Nate Silver and Billy Beane in early starring roles, and while the cloud took some time to pay off for many organizations, big data often yields results almost immediately.

Big data and the cloud go hand in hand. If it weren’t for all of the advances in cloud computing over the past several years, big data startups like Cloudant, Cloudera and CloudPhysics wouldn’t exist.

Okay, I cherry-picked startups with “cloud” in their names, but go ahead and throw Skyhigh Networks, SnapLogic and XtremeData in there too.

If cloud computing hadn’t pushed down so many costs, from CPUs to storage to running experiments in the cloud to test out new ideas, big data would likely be a big on-premise solution that only large companies could afford. In other words, it would be BI 2.0. Yawn.

As is, companies like SiSense are already targeting the mid-market, despite the fact that big data is still in its infancy. In fact, Anurag Agrawal, CEO of research firm Techaisle, believes that in 2016 global SMBs will spend$1.6 Billion on big data solutions. If his prediction comes true, big data will grow faster among SMBs than cloud computing.

Agrawal predicts that between now and the end of 2016, SMBs will spend $3.9 billion on big data hardware, software and services.

Cloud computing is often considered a great equalizer. A three-person business can access the same cloud services as a Netflix or eBay. Big data could be an even bigger equalizer. The cloud equalizes access to tech resources. Big data could equalize access to market intelligence, especially if big data service providers take the data they’ve analyzed, make it anonymous, and reuse it for their subscribers. An SMB could conceivably learn as much about customer behaviors as a major retailer.

Of course, incumbents will like do everything in their power to lock up their own data and deem it proprietary, but even if they do, SMBs will still be able to learn plenty from crunching publicly available data.

Or as Stewart Brand once said: “Information Wants To Be Free. Information also wants to be expensive. That tension will not go away.”

The emergence of big data practically guarantees it.