The Biggest Threat to Cloud Computing? The U.S. Government

If Mark Twain were alive today, he may have said “The reports of the death of cloud computing have been greatly exaggerated.” But he’s not and as a reporter for 20 plus years I’ve always went by the old American proverb “Where there is smoke, there is fire.” 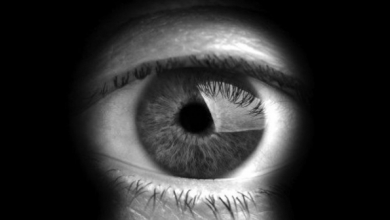 News of the U.S. Government’s over-reaching surveillance campaign, known as PRISM, has rocked the nation causing many people and businesses to distrust what and how much information they provide online and through other digital mediums. I personally know of individuals that are second guessing what they text, email or post through social networking in fear that government may be recording it and somehow target them in the future. Now many would call them paranoid but it doesn’t change the fact that their comfort level when it comes to security and digital communications has been shaken.

I’m starting to wonder myself if this column is such a good idea but I’ve always been a throw caution to the wind and let the chips fall where they may kind of guy. If I’m going to go down, I am going down swinging.

However it seems to spreading beyond my quirky friends and business circles. The Cloud Security Alliance was recently quoted in public reports saying that 10 percent of its non-U.S. members have cancelled a contract with a U.S.-based cloud provider and 56 percent said they were less likely to use an American company.

Ok “less likely”, but that still leaves the door open that these firms will still use an American company for cloud services when push came to shove so that didn’t really send too many bells off in my head. So that doesn’t exactly convince me.

Then the Information Technology and Innovation Foundation  said U.S. cloud providers may lose between $22 billion to $35 billion directly as a result of the news around the U.S. government’s surveillance program. Now if that is true, it will directly hit the bottom line of U.S. tech companies and derail the biggest growth driver in the industry.

“The recent revelations about the extent to which the National Security Agency (NSA) and other U.S. law enforcement and national security agencies have used provisions in the Foreign Intelligence Surveillance Act (FISA) and USA PATRIOT Act to obtain electronic data from third-parties will likely have an immediate and lasting impact on the competitiveness of the U.S. cloud computing industry if foreign customers decide the risks of storing data with a U.S. company outweigh the benefit,” stated an article by ITIF.

“The United States has been the leader in providing cloud computing services not just domestically, but also abroad where it dominates every segment of the market. Recent revelations about the extent to which the NSA obtains electronic data from third-parties will likely have an immediate and lasting impact on the competitiveness of the U.S. cloud computing industry if foreign customers decide the risks of storing data with a U.S. company outweigh the benefits,” according to the organization.

Despite these reports, many solutions providers and industry experts haven’t yet seen any negative impact from their client base, at least not yet anyway.

“We aren’t seeing that trend. Not with U.S. businesses at least. We are moving more systems, data, communications to cloud providers,” said Raffi Jamgotchain, President, CTO of Triada Networks, a Northvale, N.J.-based SP. “I’m not sure most business owners are conscience of it or they don’t care. The benefits outweigh the risk. It seems that this it is more of a personal privacy issue,” he said.

Agreeing, Howard M. Cohen, senior resultant at HMC Corporate Copywriting & Consulting added “I have nothing indicating any kind of PRISM backlash in the cloud world. There’s nothing to suggest that cloud computing played any part [in the program’s abuse or the data leaks.]” Cohen went on to say that NSA whistleblower, Ed Snowden, had access from the inside, where most breeches tend to happen. “What he discovered was an abuse of the Internet, not cloud computing. I don’t see anyone walking away from the Internet.”