Start-up frontier: Four tips for thriving in the e-commerce space

According to Lazada Indonesia CEO Magnus Ekbom, e-commerce in Indonesia is unchartered territory. “It’s like we are in a big jungle trying to pave the way in front of us with a machete.”

In just three years, Rocket Internet-backed Lazada Indonesia has jumped ahead of the pack in the nation’s burgeoning e-commerce industry, changing its business model and launching a house brand. 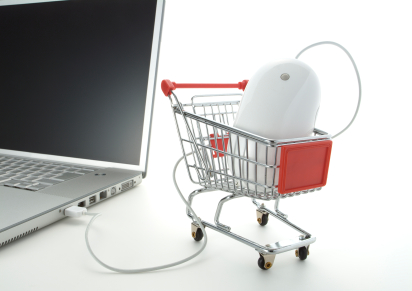 Roughly 18 months after transforming Lazada Indonesia into an online marketplace, Ekbom has some lessons to share on how to succeed when going boldly where no e-commerce firm has gone before.

Given the absence of a road map, developing e-commerce is all about trial and error.

“E-commerce is about a willingness to try new roads and failing,” Ekbom said. “The reason we are growing — and that the e-commerce business is evolving — is because we have made a lot of mistakes to get where we are now.”

He adds that the starting point for making improvements is admitting that “things are not working as they should,” although it does help to have “strategic flexibility”, especially financial flexibility, when blazing new paths.

Toward the end of 2014, Lazada Group announced that it secured ¤200 million in an investment round led by Singapore-based Temasek Holdings.

“We have this philosophy that if something does not work after the first million dollar investment, then it probably won’t work after US$5 million,” Ekbom says.

“You still have to be very opportunistic with how you use your money.”

Ekbom’s experience shows that it pays not to hesitate when making big changes to the business — if things are done in calculated and timely way.

In mid-2013, Lazada Indonesia changed its model from business-to-consumer, where the firm bought products from suppliers for resale, to a marketplace, where merchants sold directly to buyers.

Ekbom said that the firm made the leap to rapidly expand inventory.

“Back then, we had 100 to 150 suppliers. Today, we have over 6,000 merchants listed on our platform and around 250,000 [items] available,” he said. “We have massively increased the choices that customers can choose from — and that has been absolutely key for our growth.”

However, Ekbom said that the firm made the switch slowly to avoid snafus, at first talking to prospective merchants to learn about their business, from invoice printing to logistics.

“We asked them how we could make the platform work for them, and not how can we make this work for Lazada Indonesia,” Ekbom said.

“Lazada Indonesia has two customers — the end customer, who is the buyer, and the merchants. The latter are our customers, too, because they pay us a fee to use our platform,” he added.

“We were also very responsive with feedback and resolving issues when a merchant came up to us,” he added.

In managing thousands of merchants, Ekbom says that setting and enforcing service quality benchmarks is the key for keeping buyers happy.

Ekbom said that while the company did not directly manage deliveries purchases, the firm had strict service-level agreements [SLAs] that merchants must meet.

“We made it very clear to merchants that all packages must be shipped in 48 hours,” he said. “If they breach the SLA, we will give them a cash penalty, and that cash penalty will be given to the affected buyers in the form of vouchers.”

Three violations would lead to delisting, he adds. “Very few merchants dare to misbehave, because they know if they do not live up to the SLAs and get delisted, they will lose a significant amount of business.”

Ekbom said that Lazada Indonesia would significantly ramp up its internal logistics capability this year due to Indonesia’s poor infrastructure.

The steps to be taken, he said, would be similar to what other e-commerce giants, such as the Alibaba Group and Amazon have done elsewhere.

According to Ekbom, Lazada Indonesia delivered roughly 30 percent of their orders with their own fleet of motorcycles and vans.

“We are currently covering over 15 Indonesian cities and in 2015, we will have presence in over 40 cities,” he said.

He added that the decision to ramp up their logistics presence was to enhance buyer satisfaction.

“A customer that gets a delivery from the Lazada delivery man is more likely to be returning, is more satisfied and will buy more frequently with more things in their shopping cart,” he said.