Singapore has been highly committed to ensuring government services are accessible online to both citizens and businesses and it takes particular pride in the country’s high e-government rankings among its global peers. Its e-services, however, still lack integration and adoption among the silver generation.

ICT regulator, Infocomm Development Authority (IDA), is responsible for spearheading and charting the direction of the country’s e-government services. And it hasn’t done a bad job. Let’s look at some stats IDA will no doubt be glad to proud of. 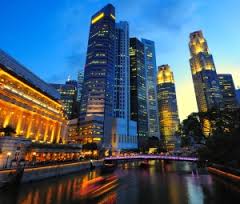 Conducted once every two years, the U.N. study examines e-government frameworks and underscores the importance of such services in aiding governments grappling with challenges related to social equity and the digital divide. “The caveat is that governments must find effective channels of communication that fit national circumstances, while also taking steps to increase usage of online and mobile services in order to realize their full benefit to citizens,” the U.N. stated.

Its 2012 report revealed that while South Korea and the Netherlands led both indexes, Singapore–along with Kazakhstan–were close behind. It noted: “Singapore’s citizen’s portal provide an extensive range of online payment services that lists by agency as well as bill type. Payments range from taxes, fees, fines, and licenses that can be made through multi-channels such as credit card, direct debit as well as internet banking and even by phone.”

In fact, Singapore was among only a handful of nations including Australia, France, and the United Kingdom that ranked high in multi-channel service delivery because they offered e-government services through various platforms, such as mobile apps, public kiosks, and Wi-Fi. The report noted how Singapore citizens could receive SMS alerts, for instance, when their passports or road tax were due for renewal.

More recently, Accenture in February 2014 released its own digital government study which ranked Singapore first, ahead of Norway and United Arab Emirates which placed second and third, respectively. The survey, however, only included 10 countries including India, Germany, South Korea, and the United States, measuring the nations’ citizen service delivery experience, citizen satisfaction, as well as service maturity. It defined digital government to include online portals that offered public services, as well as social media platforms to engage citizens.

Singapore’s own E-government Customer Perception Survey, conducted annually by IDA and Ministry of Finance, also evaluates how receptive the public is toward such services. Last year’s study, which polled 1,213 respondents between April and May 2013, indicated that 88 percent had transacted with the government via online services over the past year.

Interestingly, though, while this was an increase from 80 percent the year before, the figure was a drop compared to 93 percent who transacted with the government electronically at least once in 2011.

No direct comparative data was available for 2013.

According to Lyon Poh, partner for advisory at KPMG in Singapore, the government did well in making its services available online as well as developing mobile apps on the Apple iOS and Android platforms, including eCitizen and [email protected] These provide both citizens and businesses with easy access to e-government services via a single, integrated portal, he said.

KPMG in Singapore works with various government agencies to “redefine their business operational processes so that citizens and businesses can access e-services and interact with relevant personnel”. Consulting services the company provides include developing online business registration and emergency services, Poh said.

“It might also be helpful to consider further enhancements to the quality and usability of government Web portals,” Poh added. “One possible improvement is to create a consistent user interface across various e-government service portals so that they are simple to learn and use.”

Anne Teng, a Singapore-based marketing executive for a multinational IT company, also suggested the need for a centralized portal.

She explained that e-government sites here should be better integrated so users can access a range of services via one site. “Currently, we need to log into the individual website each time to access each different service,” Teng noted.

She added that some websites should be improved in terms of user interface and performance. The Accounting and Corporate Regulatory Authority (ACRA) portal, for instance, is very clumsy, she said. The executive accesses the site frequently to search for information on business entities in Singapore.

Teng goes online to file her taxes and occasionally visits the CPF (Central Provident Fund) website to check that her employer’s monthly contributions are correct.

CPF is Singapore’s mandatory social security savings scheme for all working adults in the country, where a portion of the individual’s monthly pay goes into his (or her) CPF account. The employer also contributes a portion each month, though at a smaller percentage of the monthly pay than the employee. There were over 3.51 million CPF members last year, 1.85 million of whom were active members. In 2013 alone, Singapore workers contributed over S$28.53 billion in CPF funds.

The CPF website allows account members to carry out a range of transactions including checking their account balances and arranging for a portion of their monthly contribution to go toward their mortgage repayments.

Boon Koh, manager at an e-commerce and private equity consultancy, has used e-government services in Singapore, as well as Thailand, Indonesia, and the Philippines, where he accesses the websites to file taxes and business-related services.

He found those offered by the Singapore government easiest and most convenient to use, singling out the country’s single signon system–SingPass–as a “great” feature. The Malaysia-born Singapore Permanent Resident (PR) often visits the Immigration and Checkpoint Authority (ICA) website to renew his PR status or update his passport details. He also heads online to file his taxes via the Inland Revenue Authority site and check his CPF (Central Provident Fund) account.

Koh said: “For a regular user like me, the e-services here work great and I love using them. Compared to e-government services in Thailand, Indonesia, and the Philippines, Singapore’s are much better.” He noted that his company’s personal assistant found it so difficult to manage government-related administrative work in those countries that it hired a management services company just to help handle the processes.

KPMG’s Poh also noted that amid the threat of cybersecurity attacks such as phishing, fraud, and personal data theft, the Singapore government needs to monitor this area closely, especially since such threats are only likely to increase as technology evolves.

No one is spared from such attacks, whether citizen of chief executive. In November 2013, Prime Minister Lee Hsien Loong’s official website was breached and defaced by hacktivist group Anonymous, which also defaced a subpage of the Istana website. Istana is the official residence of Singapore’s president-elect Tony Tan.

Questions were sent to IDA about its plans to further improve and drive adoption of e-government services, but the ICT regulator has yet to respond.