Microsoft will upgrade on Wednesday its existing Office 365 cloud email and collaboration suites for businesses, as well as introduce new bundles, growing even more the list of Office 365 editions, which some analysts and users had already termed somewhat confusing. The components of the Office 365 suites for businesses, like the Web-hosted versions of Exchange, SharePoint and Lync, are getting upgraded to the latest 2013 code base of the products. 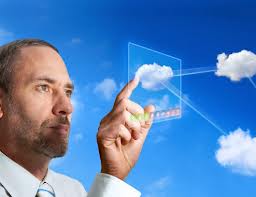 In addition, Microsoft is introducing three new configurations of the suite. Office 365 ProPlus, which had been previously announced, includes Word, Excel, PowerPoint, OneNote, Outlook, Publisher, InfoPath, Access and Lync. Customers can download it from Microsoft data centers and install it on up to 5 Windows PCs or Macs. It costs $144 per user, per year if bought as a standalone suite.

Meanwhile, Office 365 Small Business Premium, aimed at organizations with 1 to 10 employees, includes Office ProPlus, along with Exchange Online, Lync Online and SharePoint Online. It costs $150 per user, per year.

Finally, Office 365 Midsize Business, designed for organizations with 10 to 250 employees, adds a basic set of IT administration controls, such as Active Directory integration, as well as phone support during business hours. It costs $180 per user, per year.

These three new editions join an existing six others for businesses, as well as several different sets for educational institutions and government agencies.

Kirk Gregersen, general manager in the Office Division, said Microsoft wants to give customers flexibility and a variety of options when deploying Office 365, including the ability to mix and match different editions to cater to different users.

However, other competitors have taken a different tack, including Google, which offers just a few variations of its Apps cloud email and collaboration suite, a strategy that sacrifices variety in favor of simplicity.

During a webcast launch event on Wednesday, Kurt DelBene, president of Microsoft’s Office Division, said that “with this announcement weve delivered the most ambitious release of Office ever.”

He highlighted the prominent role of SkyDrive, providing centralized cloud storage for files across the Office stack so that users can access them from multiple devices and easily share them with colleagues.

The cloud model also allows Microsoft to shift into a mode of rolling upgrades, delivering enhancements more frequently to the applications than with the traditional, longer release cycles for on-premise software, he said.

DelBene also touted the reduction in hardware and maintenance costs for customers, and the increased freedom for IT departments to focus on more strategic, innovative work.