Moving to cloud computing can be smart decision for governments & companies

There is no end to the social and economic challenges faced by developing economies. While sustaining a high GDP growth rate remains the biggest objective, an equally critical goal is ensuring inclusive growth. Along with these, generating high levels of employment and allocating frugal fiscal resources on various demanding sectors round up the four key priorities for decisionmakers in India and other emerging economies. 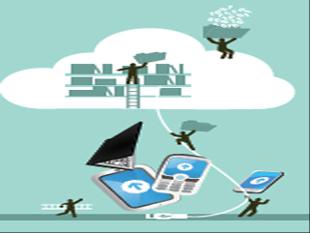 Now technology is considered as much a productive resource as land, labour and capital. So how can a developing economy solve its problem of increasing access to technology? The answer has, fortunately, come from the technology industry itself. Cloud computing gives us an opportunity to reimagine technology as an affordable, operational expense.

From an investment perspective, cloud computing is a form of optimal use of capital — it is a common infrastructure that can be shared internally (by departments, or companies in case of a conglomerate), or externally (as in public cloud). By lowering upfront costs, resources can be freed.

Use of cloud computing is growing at a compound annual growth rate of 26% globally. Cloud computing is expected to account for 20% of global IT market, excluding IT services and client devices, by 2015.

Major government IT organisations of developed nations, including those of the US, Canada, UK, Japan, Australia and South Korea, have already defined their cloud strategy and are determined to run centralised government clouds, leveraging public clouds where appropriate.

Many BRICS nations are demonstrating that they are taking cloud computing seriously by engaging in pilot projects and even awarding contracts to operate some part of their business “in the cloud”. The Government of India is already working towards using cloud in multiple e-governance projects. The Jammu & Kashmir government was the first to adopt cloud in India. IT minister Kapil Sibal has recently announced the establishment of a cloud infrastructure at the NIC data centre as well as a centre of excellence on cloud computing.

China and Korea have a more strategic approach. Korea plans to invest $540 million till 2014 as a stimulus to the domestic cloud computing market. China is much ahead. It has five pilot cloud computing cities and, according to its 12th Five-Year Plan, cloud computing will be a chief driver of the IT industry.

From an access perspective, public cloud brings cutting-edge technology within the reach of government departments with limited budgets, entrepreneurs and small businesses.

The easy and pervasive availability of enterprise technology delivered via cloud can fuel business growth in large and small organizations and enable small businesses to compete with large enterprises. According to a Sand Hill study, cloud computing is expected to create more jobs than the early internet did as cloud applications and platforms will revolutionise the IT landscape.