Microsoft rolls out Windows 8 app updates ahead of time

The launch of Windows 8 is still three weeks away, but the software giant is already in the process of updating some of its built-in apps, including Bing, maps, photos, news, and weather.

Getting ahead of the game, Microsoft is now rolling out Windows 8 built-in app updates. This is weeks before the October 26 official unveiling of Windows 8. 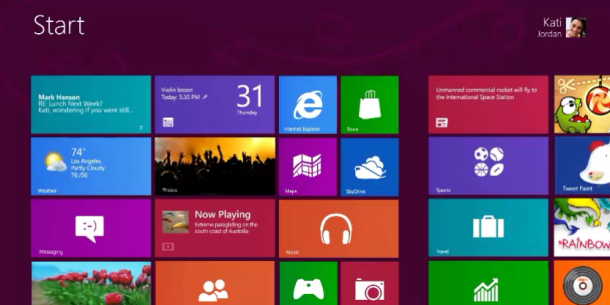 In a blog post today, the software giant listed all of the additions and updates that Windows 8 built-in apps will be getting. Skydrive, mail, messaging, photos, maps, news, travel, weather, and more will get new features and performance and reliability improvements.

We’re super excited to be approaching general availability (GA) of Windows 8 and Windows RT. With thousands of new apps in the Store, there are a lot to choose from and tens of thousands of developers have been very busy around the world creating new apps. Across Microsoft we’ve been busy since August adding new features and improving the apps that come with Windows and will be updating these apps before GA.

The Bing app is the first of the updates and will be available tomorrow. It will have more varied search results for content and images, integrate Bing rewards, and have zoom access for related queries.

As for other apps, the photos app will include crop, rotate, and slideshow. The maps app will give Bing’s Bird’s eye view, improved navigation, and more than 3,000 indoor venue maps. The news app will add content from partners like The New York Times and The Wall Street Journal, as well as include news videos and slideshows. Calendar, finance, sports, video, music, and games will also be updated before October 26.

Microsoft also announced today its partnership with Barnes & Noble in the release of a Nook app for Windows 8. So far, thousands of apps are already available for Windows 8 and many more are expected to arrive before its launch. Microsoft has reached out to developers around the world to build apps that users in at least 38 countries can use.

Some of the app updates that begin rolling out tomorrow have already been announced, while others will come out over the next few weeks. To see if a certain app has an update, users can click on the app update link within the Windows Store.