LinkedIn is pushing full-strength into China, with a new, Chinese-language service that hopes to attract as many of the country’s 140 million professionals as possible. Unlike other U.S. Internet companies — which have battled Chinese content restrictions — LinkedIn is hoping it can strike a truce with the censors. 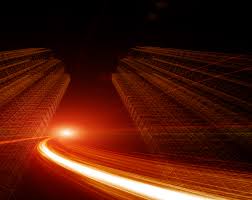 It’s easy to see why LinkedIn is excited about China. The Mountain View, Calif., social network for professionals has been relying lately on emerging markets to help its growth. LinkedIn now has 277 million members world-wide, of which 24 million are in India and another 16 million in Brazil. In China, where LinkedIn operates with a bare-bones, English-language-only service, it has a mere 4 million members.

In an interview, LinkedIn chief executive Jeff Weiner said he has been visiting China repeatedly, hunting for ways to build up LinkedIn’s presence. By his tally, the 140 million knowledge workers, managers and executives who live in China amount to 20% of the world’s total.

During a recent visit to Beijing, Weiner said, he met with students, entrepreneurs and corporate employees to learn how they viewed the world of work. He was heartened to hear that students wanted good jobs; entrepreneurs wanted to build their networks, and experienced employees wanted to move up in the world. “It’s what we see all over the world,” Weiner said.

To ramp up its China presence, LinkedIn last month had hired a prominent local executive, Derek Shen, to run its China operations. Shen has worked previously in China for Google, Nuomi and Renren Inc. In a blog post, Shen explained that LinkedIn’s China-based members now can click on a link to switch language preferences to Simplified Chinese. Shen noted that LinkedIn already has integrated popular Chinese services such as Sina and Tencent into its China service, making it easier for members to import their contacts.

LinkedIn may have some catching up to do in China. A recent AdAge article noted that Tianji, a Chinese networking site owned by France’s Viadeo, claims 15 million users. Some of Tianji’s attention-grabbing features — such as a free online personality test — sound jauntier than anything LinkedIn has tried to date. Tianji also ranks members’ clout, a time-tested way of fueling both online bragging and anguished efforts by stragglers to get their careers into high gear.

Hovering in the background is the Chinese government’s commitment to block or expunge Internet content that it doesn’t like. Companies such as Google, Facebook and Yahoo have clashed with Chinese authorities in the past, often deciding that China’s policies and the companies’ commitments to Internet freedom are incompatible for now.

In his blog post, LinkedIn CEO Jeff Weiner tries to embrace both sides of this argument. “LinkedIn strongly supports freedom of expression and fundamentally disagrees with government censorship,” he wrote. Even so, he said he doesn’t want to deny Chinese professionals the chance to connect on LinkedIn. So he says his company will implement Chinese restrictions on content “to the extent required,” while also undertaking “extensive measure to protect the rights and data of our members.”

Given that LinkedIn’s main news feed is a haven for articles like “The Secret to Never Being Tired at Work,” Chinese authorities may clap their hands with joy when they read most content. But back corners of the LinkedIn site still might stir controversy. It’s possible to imagine the site in a tougher spot if China’s censors objected to specific user groups or personal profiles created by social activists.

When I asked Weiner how he might deal with various censorship scenarios, his consistent response was: “We always try to put our members’ interests first.”

Could China some day be a major money-maker for LinkedIn? So far, the bulk of LinkedIn’s revenue has come from the U.S., even though the majority of the site’s members are in other countries. Weiner said LinkedIn’s first priority in China will be to provide the best possible service for the expected millions of new users. Once that’s sorted out, the LinkedIn CEO said, “we’ll address monetization.”