What Flagler County’s economic development council had been referring to as Project Storm since late last fall was revealed today as Coastal Cloud, the subsidiary offshoot of an existing information technology consultancy in Flagler that projects creating 100 jobs over the next three years, and investing upwards of $3 million in what it calls a “delivery center.” 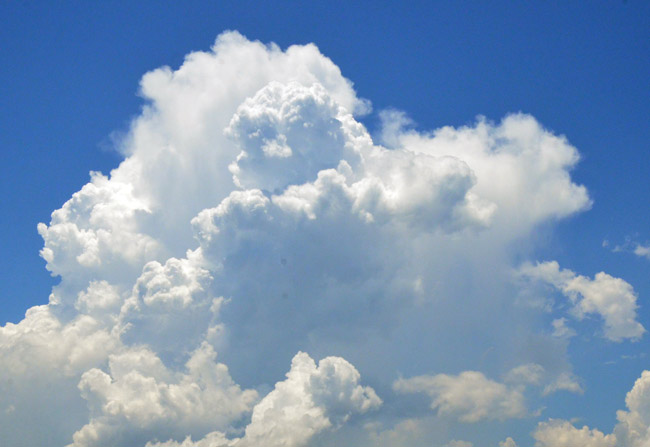 Coastal Cloud will first lease space at the Discovery Center building, the old Ginn sales office at Ocean Hammock. About 18 months to two years later, it will have built its own headquarters somewhere in the county, according to Helga van Eckert, Flagler’s economic development director, and move in by the beginning of year three. By then, the company hopes to be on its way to hiring 100 local employees with an average wage of $46,500.

The jobs qualify it for $500 per job in incentive from Flagler County government (the incentive would be paid in three-part increments over three years, and only after the jobs are produced). As a state-approved Qualified Target Industry, the company will also be eligible for up to $3,000 per new job in tax refunds from the state’s incentive program, with additional incentives available for jobs paying wages at the level being proposed.

It is the second IT company in less than a week to open local doors, virtual though they may be: on Feb. 1, Express Vault, a cloud-storage and maintenance company (also based in Palm Coast), had its ribbon-cutting, with Palm Coast Mayor Jon Netts in attendance.

Coastal Cloud was incorporated in late December by Tim and Sara Hale, both of whom made their careers (and met) at Accenture, the colossal management consulting firm, working in IT consulting. In their post-Accenture life, they were building a vacation home in Flagler when they decided to stay here permanently (they’d lived in northern Virginia, where commuting took three hours a day from Tim’s life, he says). Five years ago they incorporated a company called Graphene, and did, on a smaller scale, what they used to do at Accenture. It turned into a multi-million dollar company with some 20 sub-contractors across the country. In Palm Coast, they worked out of Office Divvy, the business incubator, when they needed a physical office at all. Much of their work, like cloud computing, makes physical locations obsolete.

Tim Hale described Coastal Cloud as a “solution center” that provides cloud computing services across the United States and beyond to small-to-medium businesses and public sector agencies.
Cloud computing services can be explained this way: until a few years ago, companies had to manage their computer systems, their data, their storage, their software and the rest of their computing infrastructure on site. It’s expensive. It often requires dedicated personnel. It always required the acquisition of costly software and networking solutions, and so represented either a heavy burden or a prohibitive cost for small to medium companies. Cloud computing made all that physical infrastructure unnecessary. Just as you are now able to connect and “sync” your iPhone’s data with other devices anywhere you go, the cloud makes it possible for companies to do the same with their programs, their data and the rest of it. Instead of having a staffed IT department and a bunker of hardware and software, they contract with a cloud computing firm to manage the job for them, presumably at a far lesser cost.

That’s what Coastal Cloud proposes to do.

“We also expect to develop approximately 100 highly skilled trained employees based here locally, that will be delivering those services,” Hale said. He was speaking to the Flagler County economic development council this morning, by video hook-up from Manchester, N.H., where he was working with Graphene clients. His wife Sara was in the council’s chamber as both outlined the new company’s purpose and approach, and why they chose Flagler as their base.

That comes down to quality of life, and to take advantage of the “backlash” against outsourced and off-shored jobs, including cloud-computing services: many companies, Tim Hale said, are finding that off-shoring the services hasn’t paid dividends as expected, whether because of time lags, communication issues or cost: it may take 10 people abroad to do the job of two in the United States. And the personal services are not as refined. That’s also what the new company intends to develop, at roughly half the $175 to $300-an-hour cost of similar companies that cater to large firms.

The Hales—who also own Hammock Properties—were not recruited by the county’s jobs council, nor does it appear that Coastal Cloud wouldn’t have formed without the council. Nevertheless the company’s formation was aided and guided by van Eckert to connect with key elements the Hales are developing, chiefly among them a skilled workforce and the state’s QTI incentive program. Van Eckert connected the Hales with Daytona State College and the Center for Business Excellence, for example.

“Tim and Sara Hale understand the next generation of workforce, thus allowing them to be more responsive to business needs,” van Eckert said in a release from the county. “By providing their employees with an unparalleled work/play environment, unmatched growth opportunity, and competitive salaries, Coastal Cloud will be in a position to recruit the best candidates in and to the area.”

The county has had its share of promising firms with big build-ups and announcements of jobs to come, only to be disappointed. That was before van Eckert’s tenure and the creation of the council. Since then, a vegetable processing plant, WP Rawl, announced (in November) that it would build a 34,000 square foot processing plant in the county. That building is now fully in construction. Coastal Cloud’s website, which went live today, is posting job openings, and has made a local hire for its PR director: Abby Romaine, one of the candidate for county commission last November.

Coastal Cloud projects 15 employees this year, 35 next year, and 50 in the third year.

“This is great news for the entire county,” Commissioner Barbara Revels, who chairs the council, said in the release. “It is exactly what we had in mind when we created the Flagler County Department of Economic Opportunity. Attracting a high-tech industry is a home run for our team.”