You may not be able to toss out a definition of cloud computing, but chances are you’re an everyday expert in the technology. 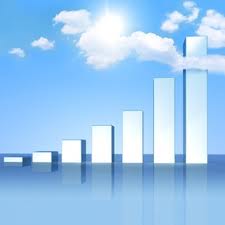 Most of us have become accustomed to downloading music, connecting with friends, making restaurant reservations, shopping online, even banking right from our smartphone. So many of the daily services we use now run on the cloud, which can incorporate analytics technology to tailor them to your personal preferences. Meantime, social computing sites like Twitter and Facebook were early adopters of the cloud and its super efficient way to quickly engage and then scale to reach hundreds of millions of users.

The cloud is helping empower citizens, getting them involved in making cities better places to live. By streamlining its tech operations onto the cloud, Honolulu was able to quickly dish up a string of new smartphone apps for city residents, including one that lets folks report urban problems, such as broken traffic lights, and another that allows commuters to check traffic cameras to pinpoint exactly when their bus will arrive.

The cloud is helping cities run more efficiently. In Toronto, Waterfront Toronto, a major redevelopment project, turned to cloud computing to create a command center to pull together information from many different agencies about everything from the water system to weather forecasts to prepare for, manage, and even anticipate problems in the community, whether broken pipes or big snows, before they happen.

The rise of the cloud comes at a good time for budget-conscious cities and municipalities. Rather than pouring their own resources into new data centers, communities can turn to pay-as-you-go cloud services as an efficient, effective way of consolidating data and programs from different government agencies.

But the cloud’s appeal goes far beyond simple cost savings. By compiling into one system all the key data and applications that are now siloed away, cities create a foundation for rolling out new services for citizens and employees, gathering and sharing urgent, useful information, and layering on new technologies, such as sensors, analytics, and mobile apps, which can help make their communities safer and more livable.

Practically, that gives government departments and agencies the data necessary to get citizens the services they need. It helps city officials anticipate problems before they happen — and react with a better coordinated response.

For instance, imagine that a storm is expected to hit a city. By pulling together water system, weather, and traffic data, the city can proactively plan how to deal with issues before they occur: by closing roads likely to flood and redirecting traffic, adjusting the operation of the water infrastructure to better manage flooding sewage overruns, and even coordinating emergency response between the fire departments, police, and local hospitals in areas likely to be most affected.

Or imagine a concert is happening in a city. The city’s system can monitor and analyze the real-time data coming from traffic cameras, GPS data on buses and trains, and even people’s tweets to decide which roads to make one way or close, whether to add more public transportation, and how to reroute buses so that getting to and from the concert goes more smoothly.

Needless to say, all of the definitions and technology underlying the cloud are important. But cloud computing is transforming city services, making them more efficient, speeding their delivery, making them smarter by applying analytics and putting services and data at the fingertips of everyone in a city – officials and citizens alike.