Red Hat will pay $104 million to fill out self-provisioning and performance management for its virtualization environment, get multi-hypervisor capability. 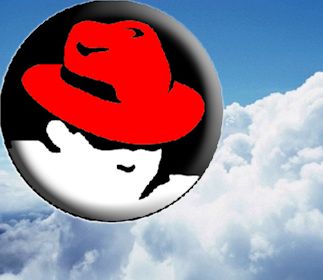 Red Hat Enterprise Virtualization generates and manages virtual machines run by the KVM hypervisor found in the Linux kernel. ManageIQ was an early fosterer of management in the multi-hypervisor virtual environment. In this early, 2009 look at the company, ManageIQ CEO and co-founder Joe Fitzgerald talked about management problems in the more dynamic world of virtual machines.

The acquisition is aimed at making Red Hat a stronger player in the creation of multi-hypervisor, on-premises clouds capable of working with various public cloud services. ManageIQ workloads can be configured to run via Amazon Web Services EC2 or Microsoft Azure. Red Hat has plans to support Rackspace Cloud, a user of the Xen hypervisor, in the near future, said Bryan Che, general manager of the cloud business unit.

ManageIQ is already a partner of Red Hat’s and has supported Red Hat’s virtualization environment for 18 months. When Red Hat announced the 3.1 release of Enterprise Virtualization, ManageIQ announced at the same time 3.1 support in its EVM Suite products.

“ManageIQ provides a strong set of operational capabilities, monitoring and introspection into virtual machines,” said Bryan Che, Red Hat general manager of its cloud business unit, in an interview on the acquisition.

One of the things that ManageIQ has specialized in, given its roots in virtual machine configuration, is inspection of virtual machines to discover their components and check on whether the software being used is up to date — a process Che referred to as instrospection.

ManageIQ’s EVM Suite consists of components that provide end user self-provisioning, chargeback and management features that round out the existing features of Red Hat Enterprise Virtualization. The suite can orchestrate different types of virtual machines, set and enforce policies for VMs and establish triggers for when additional VMs may be needed to deal with a particular workload.

The components of the EVM Suite (Control, Automate and Integrate) will be incorporated into the Red Hat product, said Che.

ManageIQ provides deep monitoring capability, performance analytics and predictive analysis of what’s happening across the infrastructure,” said Che. “And it keeps a record of that information.”