Sounds wonderful doesn’t it? And it is wonderful. Trouble is, it’s no secret any more. It’s a well-established way of delivering IT services and its called cloud computing. 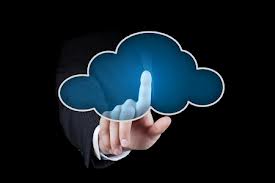 However that didn’t stop IBM – in a just-released white paper ‘Under cloud cover: How leaders are accelerating competitive differentiation’ – talking up cloud computing as if it had discovered some hitherto unknown panacea for all the woes of the IT world.

Nor does it detract from the insights offered in the white paper: insights gathered from a survey of over 800 ‘cloud decision-makers and users’ undertaken by the IBM Center for Applied Insights and Oxford Economics.

The aim of the survey was to get a global snapshot of how organisations are using cloud computing. Respondents were assigned to one of three groups based on their level of cloud adoption and whether there were reporting competitive advantage from cloud computing.

Not content with relying on respondents’ own assessments of their achievements, the researchers compared publicly available financial performance data with respondents’ claims to identify possible correlations. They concluded: “Consistent with their claims, Pacesetters are outperforming – delivering, on average, higher revenue and gross profit growth than their peers.”

The most notable finding of the survey was that “More than half of the Pacesetters say they’ve revamped their business model through cloud. With access to more data and expertise – and fewer capacity constraints – organisations can more easily create new revenue streams, new value propositions and even brand new markets.”

The survey also delved into the implementation and adoption of cloud in respondent organisations and found significant differences between the approaches taken by the Pacesetters and those of the Challengers and the Chasers.

“Just as Pacesetters are championing cloud’s shift from efficiency play to growth play, they’re also leading the charge toward more comprehensive cloud strategies,” it said. “These organisations are nearly four times as likely as Chasers to have enterprise-wide cloud strategies. Given the visionary nature of their cloud initiatives – and how much of the organisation may be impacted – they see the need for a tangible master plan.”

This approach, of course, requires significant collaboration between IT and lines-of-business at both staff and executive levels. And while the majority of respondents – regardless of group – said that IT and LOB should coordinate and partner on cloud deployments the survey results suggest that leading organisations are more effective at this. “Two-thirds of Pacesetters say cloud is actually strengthening the relationship between IT and LOB, compared to just 34 percent of Chasers.”