Cloud computing is the new normal

Cloud computing has been around for quite a few years now, so isn’t it about time we accepted that the cloud is simply part of the way IT is delivered these days, rather than some exotic and dangerous cutting-edge technology? The very name ‘cloud’ doesn’t help, of course, as it is a loosely defined term that covers a broad range of technologies and usage cases, but until someone can come up with a better term for what cloud represents, it looks like we are stuck with it. 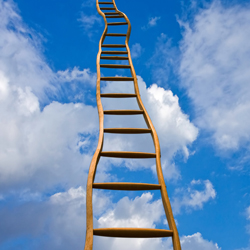 In fact, cloud has been around for much longer than people think, with web-based applications such as Hotmail representing early examples of software-as-a-service (SaaS) and CRM vendors such as Salesforce.com operating for over ten years.

Amazon Web Services (AWS) has also been offering its Elastic Compute Cloud (EC2) virtual machine service since 2006. But with the exception of CRM, such services have often tended to be aimed at consumers or developers – early adopters who are less risk-averse than large corporations with their concerns about data security and reliability of service.

However, there seems to have been a change in the air recently. Many organisations seem to be satisifed that the cloud is now mature enough, and has the potential to deliver IT in a more convenient and cost-effective manner than building and operating infrastructure themselves.

At the recent AWS Summit, for example, attendees heard from a number of Amazon customers who were not only using the firm’s cloud to host key applications and services, but were considering moving most, if not all, of their IT infrastructure onto it in the near future. These were not tiny startups, but organisations such as News International and Rail Settlement Plan, a division of the UK Association of Train Operating Companies (ATOC).

Furthermore, a growing number of enterprise IT providers are bringing cloud services online, in recognition that this is where many customers are going to want to be in the future. Microsoft has recently officially launched its own infrastructure-as-a-service (IaaS) platform as part of Windows Azure, for example.

This enables enterprise customers to create a virtual network on Azure and populate it with virtual servers, linked to their own corporate domain and managed as if it were on-premise infrastructure. In effect, Microsoft is making it no more difficult or risky for Windows shops to build out onto its cloud than it is to manage a remote branch office.

But things are always more complicated than they first appear, and organisations have other issues to take into consideration than simply whether cloud infrastructure is more cost effective than on premise.