Cloud Computing Is All About Trust

As we move more and more of our data and computing infrastructure into the cloud, the primary concern in many ways moves from technical concerns around performance, functionality, and the like to something more basic, even primal: trust. And when it comes to the cloud, it’s all about trust. 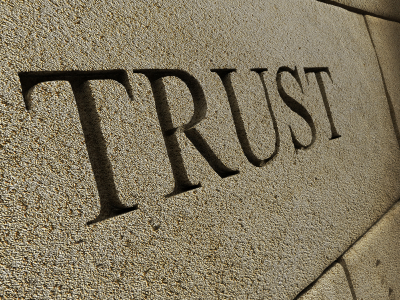 Oddly enough, trust might be a Microsoft strong point moving forward, especially when you consider that 58 percent of the firm’s revenues currently come from its enterprise customers. Those customers don’t just occupy the pole position in Microsoft’s customer list. They represent its primary growth opportunity as the company moves forward into its devices and services future.

Microsoft, to date, has proven to be a trusted partner in getting these customers online in the first place, in connecting their PCs and servers to each other and to those of its partners. Microsoft has pushed forward with on-premises infrastructure when doing so made the most sense and is now offering a hybrid strategy that will get customers over the humps—conceptual and technical—needed to get them to the cloud more fully. All along the way, the firm has proven itself, and again, and again, to be trustworthy. We can quibble with specific products and strategies, of course. But it’s hard to argue with the broad results.

Contrast this with some of Microsoft’s peers.

Google Chairman Eric Schmidt is in the news this week for describing alleged NSA spying on the company as “outrageous,” itself an outrageously ironic (and hypocritical) assertion for a leader of a company that pathologically compromises customer privacy in its bid to attach advertising to everything we view online. (The NSA denies this claim, but whatever. I don’t trust the NSA any more than I trust Google.)

In the midst of launching a slew of gorgeous new hardware devices, consumer electronics giant Apple made news recently for the wrong reasons as well: Apple announced that it was giving away its iWork productivity suite to anyone who buys a new Mac or iOS device. Tech reporters heralded this as a major assault on Microsoft office but declined to mention that to achieve parity between the Mac and iOS versions of those apps, it removed features from the Mac versions rather than make the iOS version significantly better. The result? I’m sure it will get better over time, but today’s iWork doesn’t just not threaten Office, it’s not even as good as the free Office Web Apps. Lesson? Apple isn’t, has never been, and most likely will never be, a trusted enterprise partner. This is a company that excels at marketing and making shiny devices for consumers.

And remember when BlackBerry was the definition of enterprise trust? The rapidly nose-diving firm can’t sell any of its newest phones, has laid off its most important employees, toyed with a $4.7 billion buyout offer that would have seen the final dissolution of the company, and then this week suddenly reversed course yet again: It has fired its most recent CEO, Thorsten Heins—who, to be fair, had the most thankless job in tech—and, armed with a $1 billion investment that Fairfax Financial Holdings has curiously decided to flush down the toilet, will instead make another go of it. Yep, they’re back. Do you trust BlackBerry? No, you don’t. Because you’re not crazy.

Although it’s often drudgery, I spend a lot of time moderating user comments, both here on Windows IT Pro and on the SuperSite for Windows. It’s been at turns amusing and alarming to see a new kind of comment spam appear this year whose aim, very clearly, is to spread fear, uncertainty, and doubt (FUD, for you tech acronym fans) about cloud computing. And the NSA has neatly provided a convenient whipping boy for anyone who values spreading FUD over a reasoned—and reasonable—conversation about the issues surrounding the move from on-prem to cloud. There isn’t a cloud-related article on this site, I bet, that hasn’t been targeted by someone, or someones, who have an axe to grind.

Most of these comments are so similar and lacking in original thought they’re clearly coming from the same person or organization. They basically involve a variation on the sentence “NSA spying proves that the move to cloud computing will be a temporary one and that only on-premises servers can be trusted.”

I’ll keep my eye out for those pointless NSA comments. But I know that many reading this, of course, aren’t sold on the cloud. You see it as a threat to your career, which is both serious and understandable, and you can cite valid reasons—regulatory and legal requirements key among them—why such a move is either impossible today or at least highly complicated. You at least know what you’re talking about. But the more I study where Microsoft and the broader industry are headed, the more I see the cloud as inevitable. Yes, like aging or taxes. (Pick your own favorite negative comparison.) But eventually unavoidable by all.

And that’s where I keep coming back to Microsoft. Whether you view cloud computing as a golden opportunity for good—a chance to modernize your infrastructure, lower costs, and expand your organization’s capabilities—or as the tech version of an unwelcome and invasive medical procedure, one thing will always be true: You’ll need a trusted partner to help get you through it.