Cloud computing is the most effective means for small, medium and large enterprises in reducing their IT cost. Not only does it eliminate most of the infrastructure CapEx because it eliminates the need to buy servers any more, even the total operating cost of running the infrastructure is significantly lower. 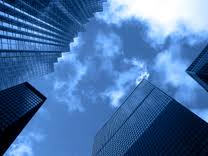 The benefits apply both to start-ups and to established organizations. Had it not been for the Cloud, Instagram could never have gone from zero to 100 million active users in less than 18 months; the infrastructure scale-up challenges, not to mention the capital investment in hardware, would have curtailed such growth to a minor percentage of what actually transpired. Thus Cloud Computing is undoubtedly a great boon for companies everywhere, and, therefore, a boost for the world economy.

In a recent interview with bodHOST’s CEO Probal DasGupta, he recalled the Instagram growth, and its $1 billion acquisition by FaceBook; and, compared it to the mere $35 million paid by Yahoo for a similar service, Flickr, in 2005. One factor that might have played in Instagram’s favor was access to more advanced Cloud technology.

Probal firmly believes that cloud computing is slated to revolutionize the way in which companies and people utilize computing power. “We wouldn’t consider installing a power generation plant when building a house, would we? We take electricity for granted, and simply draw a power line from the power company’s grid to our house. Buying, installing and maintaining Computer Servers to obtain computing power for an organization is analogous to buying, installing and maintaining power generators for obtaining electricity for a building. The old paradigm is rapidly being phased out. Post Generation-Y, only history buffs might even be aware that once upon a time organizations had to buy their own servers.”

Vikram Jape, Director of International Sales for bodHOST, pointed out that one of the indispensable characteristics of Cloud computing is metered usage. Quoting a definition published by the ISACA, he explained: “This implies that just like air time, electricity or municipality water, IT services are charged per usage metrics.” But this is where most Cloud providers fail at this current moment, because most of them still charge you by resources allocated, even if the allocated resources are not used. When bodHOST launched their proprietary eNlight Cloud in 2011, it was the only Cloud that charged users by what resources they actually consumed, and not by what resources they had allocated. Even today, eNlight – the pioneer in automatic vertical scaling – is one of the few Clouds that does this.

James Anderson, Sales Manager at bodHOST, holds that perhaps one of the greatest benefits from the Cloud is greater business agility. Today external and internal conditions are changing more rapidly than ever before, and every organization must react to these changes in order to remain competitive. The Cloud provides instant scalability – not just upward, but also downward (which is even more difficult with on-premise infrastructure) – and greatly facilitates business agility (quick implementation of decisions, quick path changes, etc.). Thus,James recommends that the industries should trust “Cloud based infrastructure” as it perovdes every company with the quickest road to savings and enhanced competitive advantage at the same time.

bodHOST, established in 1999, was one of the pioneers in web hosting in the U.S., and today manages almost 2 million domains worldwide, and offers a wide range of hosting solutions, both Cloud based (eNlight, VMware, and Hyper-V platforms), as well as traditional solutions like Dedicated Servers, Virtual Private Servers, Shared Servers, Server Mirroring Solutions, Load Balancing Servers and shared hosting services to businesses, professionals, and individuals. Operating out of New Jersey (just 25 miles south of Manhattan and in the heart of the USA’s telecom, pharmaceutical & biotech corridor) with data centers in Chicago and Montreal, bodHOST also offers SAP hosting to Corporate America. The company’s latest foray is in the South American market with the establishment of a presence in Santiago, Chile.