The expansion of access to quality high speed broadband at improving prices confirms the direction for service delivery by application service providers. It is towards cloud computing and the plethora of “as a Service” platforms and solutions. I am not aware of any studies that indicate less than double digit growth for hosted applications. 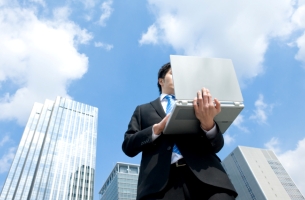 However, it is the addition of IP enabled devices connecting to much improved cloud delivery platforms that is driving the demand. According to the Four Years of Broadband Growth, 500 million IP enabled devices are connected to Internet in homes across the US. This is nearly 2 devices for every man, woman and child in the country and does not include business connected devices.

As I sit on an airplane traveling from Dallas to the ANPI Innovation Center in Santa Clara, I note a startling change in passenger behavior. Nearly no one is watching in the inflight movie. I actually, got up and counted only five people out of 132 in coach were engaged in the movie. Instead two thirds of the plane, there were a few sleeping, were engaged on mobile IP enabled devices. Since the plane had Wi-Fi, some were online, reading, watching a movie, listening to music or like me, just working. It reminded me of the time two years ago when, due to weather, I was stranded on a plane filled with teenagers returning home from an excursion. They did not need the flight crew to provide updates of the weather over Dallas. They followed it using their mobile devices and communicated changes faster than the flight crew.

If you area service provider, VAR, or an agent and have doubts about the potential and demand for cloud services, it is time to rid yourself of them. The term confluence comes to mind. We are at a time where the confluence of devices, applications, data centers, networks and access have come together to remove nearly all obstacles to cloud computing. Through the combination of smartphones, tablets and laptops, it is estimated that 70% of Americans have mobile devices that can access the Internet. And the accessibility for those devices to advanced mobile broadband or LTE is 80%. Indeed, we have reached the point where it is more difficult to disconnect than to connect. There is no longer a connected generation but instead a connected country. Every day we now access an application that is not resident on our IP enabled device.

The demand for mobility and hosted applications can be verified by the behavior of those around us and also the plummeting sales of traditional PCs, and in our industry, PBXs. Businesses are embracing hosted communications, unified messaging, web meetings and point-to-point video in ever greater numbers. The ability to productively utilize these applications and tools anywhere, anytime, using any device over any network is a requirement not a desire. Today, using 6 Mbps as the measure 93% of Americans have access to wireline broadband and by 2016 98% of Americans will have access to advanced 4G wireless broadband. The major factor inhibiting ever broader adoption of cloud computing and services for consumers is price. However, for SMBs and enterprises, price is not an issue. In fact, with the transition to IP infrastructures and SIP Trunking, most businesses have experienced a decline in the cost of communications.  Yet, the percentage of business using VoIP is still less than 10% which is not a concern but rather an opportunity. It is the opportunity for you to participate in a market that is just now moving beyond the early adopter giving you the chance to attain new customers, revenue growth and improved margins through the delivery of innovative hosted applications and services.