Amazon Web Services in its latest price cut is shoring up its defenses against a serious challenger, IBM as the owner of SoftLayer, while dealing a body blow to competitors already struggling to keep up. 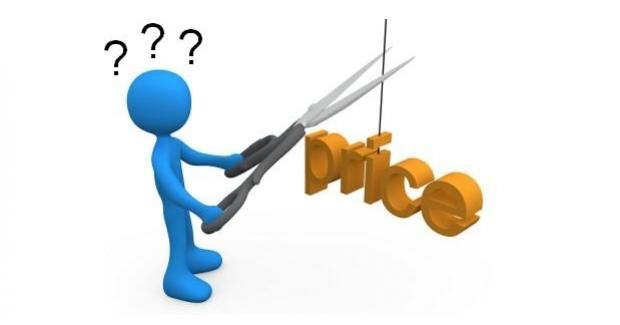 In its 37th price cut, Amazon has lowered prices on dedicated servers, where one customer gets the whole server and more predictable operational performance, as opposed to multi-tenant operation, with “noisy neighbors” who sometimes hog I/O resources.

Amazon’s frequent boasts of its price cutting make it sound as if it’s doing so across the board but in fact it cuts prices in the areas where it faces the greatest competition; for example, storage, and now dedicated servers.

AWS executives clearly are keeping a wary eye on the competition. If Amazon is cutting prices on dedicated servers, it’s taking IBM more seriously than it has so far appeared to be taking Google or Microsoft. The stock price of another major competitor, Rackspace, took a hit as Amazon announced its latest price reduction.

IBM just acquired SoftLayer and one of the areas in which its infrastructure as a service (IaaS) was differentiated from the crowd was the use of dedicated, bare metal servers for use in big data projects. Amazon has seen enterprise cloud buyers get serious about their expenditures over the last 12 months. One of the few parties that can directly siphon off that business with an effective IaaS is IBM. Another challenge to Amazon’s continued growth has emerged in the form of a little-known newcomer, DigitalOcean, which uses the free and open-source hypervisor KVM, which is catching on more widely than Amazon’s choice, made years earlier, Xen. Also, DigitialOcean relies heavily on solid-state disks in its architecture, allowing it to boast that its cloud servers provision in as little as 55 seconds, compared to several minutes at best for most cloud suppliers.

According to Netcraft, the fastest growing cloud supplier is DigitalOcean, not Amazon Web Services as cited in this June 13 report, The Meteoric Rise of Digital Ocean. With data centers in Amsterdam, New York and San Francisco, DigitalOcean has gone from 100 “Web-facing” computers in December to 7,000 in June, according to Netcraft’s monthly survey. In the process, it picked up hosting responsibilities for 1,500 websites formerly hosted by Rackspace.

Amazon’s dedicated instances come in both on-demand and reserved instance options, the same as AWS’ virtual servers. Here’s how the price cuts shape up, according to information posted on AWS’ website.

An on-demand instance for an m1 extra -large server in US East (Ashburn, Va.) will drop from $.84 per hour to $.528 per hour. Cuts are typically deeper on reserved instances, the form of server use where the customer pays an up-front fee and gets a guaranteed amount of server runtime at a lower rate. That price for dedicated instances dropped 57% for the up-front fee and hourly rate.

Amazon says its dedicated servers are best suited for workloads “where corporate policies or industry regulations require that y our EC2 instances be isolated from instances that belong to other customers at the host hardware level.”