Amazon.com’s widening push into cloud-computing services has the traditional IT industry bracing for more competition. 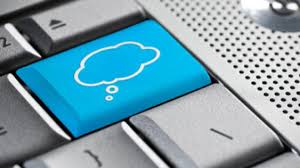 Amazon Web Services, the cloud unit of the e-commerce leader, this month showcased its fast-growing cloud wares for large enterprises at its own developers conference. Amazon’s shift in focus from smaller companies to big enterprises is having an impact on many information technology companies.

IBM (IBM) has launched an ad campaign vs. Amazon (AMZN) on their respective cloud prowess.

Rackspace Hosting (RAX) and others, meanwhile, are struggling to make the investments needed to challenge AWS.

AWS is a growing provider of infrastructure-as-a-service, or IaaS, in which companies rent computers and data storage via the Internet. Microsoft (MSFT), Google (GOOG) and other Internet firms also have emerged as strong players in cloud-computing services.

But AWS’ expansion into the bigger enterprise market puts it in more heated competition with more IT vendors.

The investment bank UBS estimates AWS revenue will jump to $8.2 billion in 2017 from $3 billion this year. Morgan Stanley estimates 2022 revenue at a whopping $30 billion.

The growth trajectory for AWS raises questions over “who loses” because of its expanding reach, Bernstein analyst Carlos Kirjner wrote in a recent research report.

“AWS probably presents a limited near- to medium-term threat to large, diversified IT companies,” he said, adding that “companies whose sales are concentrated in a few products and services” could be more vulnerable to AWS.

In a report out Monday, Citigroup lists the companies “having the most to lose from the success of AWS” as Red Hat (RHT), Oracle (ORCL), VMware and CA Technologies (CA).

That’s a worry for other IT companies, because Big Data is one of the industry’s main growth areas.

AWS is by far the biggest IaaS provider. It also sells closely related cloud services. Growth of IaaS has taken a toll on IT hardware suppliers, since customers can spend less on their own data-center gear.