In its first move since ordering a company reorganization, Acer said it is focusing more on software and services to revive its struggling PC business. But analysts expect the company to face a tough road with its new direction, at a time when rivals are also focusing on the cloud. 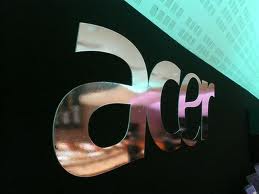 To carry out its plan, Acer said on Wednesday it will develop so-called “Build Your Own Cloud” products that will work on its notebooks, tablets and smartphones, and enable users to store and share content between devices.

Details of these new software services are still scarce, but an Acer spokeswoman said the company plans to enhance its existing cloud apps.

The Taiwanese PC maker announced its new plan on Wednesday after two days of meetings by 40 company executives. But the focus on cloud services is nothing new. Two years ago, Acer acquired U.S. software provider iGware to support its own Acer Cloud platform.

The company’s cloud services currently allow users to share music on different devices, automatically transfer photos from a smartphone to the PC, and store files online. But in the two years since acquiring iGware, the company’s cloud products have done little to lift its earnings, said Tracy Tsai, an analyst with research firm Gartner.

In addition, other PC rivals are also bundling products with their own cloud services, including Asus and Lenovo. At the same time, many consumers are already using Facebook or other storage providers such as Dropbox to share and save files to the Internet.

Among the top PC makers, Acer has been hurting the most due to its past focus on consumer notebooks. The company has as a result reported regularly quarterly net losses as PC shipments decline.

Despite the competition, Acer still needs to diversify its products, Tsai said. Wednesday’s announcement could just be the company’s first step towards building more software products, she added.

“There are already so many big players in the cloud. Is there still room for Acer?” Tsai said. ” Whether there is or not, Acer can still improve the user experience. It’s not like users already have the best experience just because the content on the devices is synchronized.”

The PC maker has been mulling over changes in its business following a management shakeup in November that resulted in its CEO and president resigning. Acer co-founder Stan Shih has temporarily taken over the leadership.