26 startups in Asia that caught our eye

Home 26 startups in Asia that caught our eye
DT, September 15, 2014September 15, 2014, Emerging Technology, IT Strategy, Technology, Bigbasket, Emerging Technology, Four Eyes, Gogonesia, IT Strategy, Jimu Box, Kukuruyuk, Lookbooker, Moomee, Singapore, social chat apps, Startups & Branding, technology, Vingoo, 0
Here’s our newest round-up of the featured startups on our site this week. If you have startup tips or story suggestions, feel free to email us or tell us about your startup on this form. Any juicy tech news tips go here. 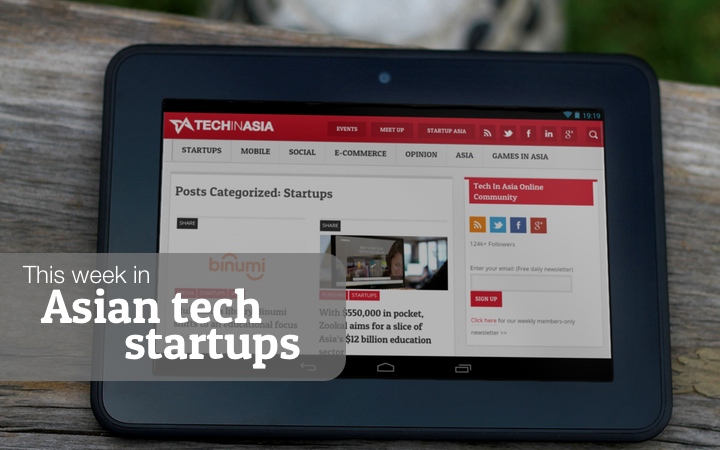 Enjoy this week’s list!
1. Gogonesia
Indonesia Gogonesia is an online booking system that lets users book adventures and day trip tours in Indonesia. The startup aims to promote Indonesian tourism by making the way people book activities easier and more accessible.
2. Lookbooker
Singapore Singapore-based Lookbooker owns a similar playbook to Uber, Airbnb, and Hotel Tonight: it pairs a consumer-facing app with a booking management tool for merchants. It allows users to find and book a good salon online.
3. Vingoo
China Vingoo makes vending machines that pour customers a cup of freshly squeezed fruit juice, and it just picked up a series A round of funding from undisclosed investors. The machine is stocked with whole oranges that are peeled, squeezed, and served in a cup to the customer all in a few seconds. There’s no sugar, preservatives, or other additives involved.
4. Kukuruyuk
Indonesia Established four months ago, Kukuruyuk is a recycling startup from Indonesia that claims that the company is the first ecommerce business in Indonesia specializing in selling second-hand, reconditioned goods.
5. Moomee
Singapore Moomee describes itself as “the next generation of social chat apps, featuring collaborative gaming as its secret sauce.” It is a fully-capable chat app that revolves around gaming, and has already attracted some serious interest, with Silkroad Equity investing into the project even though it hasn’t yet launched. It’s slated for release end October.
6. 199Jobs
Philippines 199Jobs is the Philippine analogue of microjobs site Fiverr. Most users use the platform to pick up part-time work or easy tasks, and they do so in tandem with other sites, such as Freelancer.com, oDesk, or Elance.The fast cycle nature of the jobs on 199Jobs allows users to earn quickly and easily, with very minimal impact on their other, larger-scale projects.”
7. Jimu Box
China Jimu Box offers business loans for small and medium-sized businesses and consumer loans for individuals. It’s one of many such P2P lending sites in China. The startup recently revealed that it has secured series B funding, jointly led by Xiaomi and ShunWei Capital, a venture capital fund headed by the phone-maker’s founder, Lei Jun.
8. VIP Plaza
Indonesia VIP Plaza is a daily flash sales site focused on mid-range brands such as Levi’s, Guess, and Nike launched back in February this year. In only six months the startup some figures to show off – like 42 percent repeat orders and 2.5 million monthly pageviews.
9. Chelaile
China Chelaile is an app in China that allows users to track public bus locations in real time. The Chinese startup just received series A round of funding from undisclosed investors. But not every city has been quick to adopt it, which means Chelaile is limited to eight cities for the time being. Four out of five of China’s biggest cities – Beijing, Shanghai, Shenzhen, and Guangzhou – are noticeably absent.
10. eFishery
Indonesia eFishery has a smart aqualife feeding system that can sense the fish’s appetite. The company claims to be the best product in Indonesia for large-scale hatchery operations that require efficient feeding solutions. The system can be monitored and controlled through a smartphone or tablet connected to a network. The startup is the winner of Jakarta’s Get in the Ring (GITR) pitch competition.
11. Bigbasket
India Bigbasket is one of India’s online grocery store which currently operates in three Indian cities – Bangalore, Hyderabad, and Mumbai. The company recently raised a series B round which came from Helion Ventures and Zodius Capital, coming a surprising two-and-a-half years after the startup’s US$10 million round.
12. Zeemi.tv
Indonesia Currently in beta phase, Zeemi.tv aims to be Indonesia’s first online stage for creating, watching, and interacting with live entertainment content. The startup is founded by the former CEO of Lazada Indonesia
13. Paidy
Japan Paidy, an ecommerce-focused credit card service without the cards, is the latest product offering from Tokyo-based financial tech firm Exchange Corporation. It has a buy-now-pay-later system similar to Sweden’s startup Klarna which was founded in 2005.
14. Snowball
China Snowball, a social network and information portal for investors in China, has secured a series C round of funding led by Renren with participation from Sequoia Capital and Morningside Capital. The company’s main site allows investors to examine data across US, Hong Kong, and Chinese stock markets, along with several bonds, funds, trusts, and Bitcoin. Users can get alerts, news bulletins, and price changes. They can also follow other investors and communicate with them.
15. Four Eyes
Philippines Philippines-based online glasses store Four Eyes just raised a funding round led by Kickstart Ventures, Future Now Ventures, Wavemaker Partner, and various other angel investors. Aside from claiming to offer lower prices, the startup also allows virtual try-ons for glasses on its site as well as the ability to try on a pair at home.
Share this
0 likes
Related Articles
0 Comments