10 taxi apps you can use across Asia

Home 10 taxi apps you can use across Asia
DT, May 22, 2014May 22, 2014, Emerging Technology, IT Strategy, Technology, User Experience (UX), Asia, Blue Bird, Didi Dache, EasyTaxi, Emerging Technology, GrabCar, GrabTaxi, IT Strategy, Kuaidi Dache, OlaCabs, PingTaxi, taxi apps, TaxiWise, technology, Uber, UberTaxi, User Experience, 0
Standing on the curb with your arm flapping in the air is so last century. The best way to grab a cab now is to reach into your pocket and let an app do all the work. There are plenty of superb taxi booking apps all across Asia, though there inevitably isn’t one to rule the entire diverse continent.
That’s where this list comes in. Look for your city and you should be able to find the best taxi app for your area. If you’re somewhere like Singapore or Hong Kong, there’s plenty of choice. Let’s start with the biggest app first. 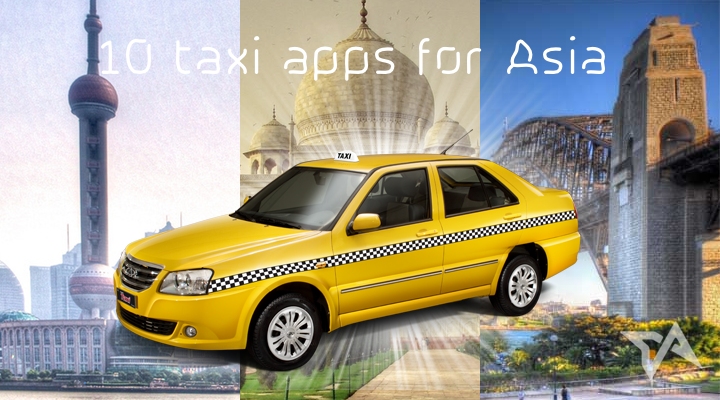 for Hong Kong, Mumbai, Jakarta, Kuala Lumpur, Johor Bahru, Lahore, Islamabad, Karachi, Manila, Cebu City, Singapore, Seoul, Gwangju, Taipei, Bangkok, and Ho Chi Minh City EasyTaxi German startup dynamo Rocket Internet is battling a host of Asian cab app rivals with EasyTaxi.
It operates globally, with an especially strong focus on Brazil and the rest of South America, but it has now grown to cover 16 cities across Asia. Backed by Rocket Internet’s huge funding war chest, it’s looking to lure taxi drivers to the service in many key Asian cities.
As is the usual Rocket strategy, it’s not afraid of venturing into emerging markets even where there are few smartphone users – such as in Pakistan. The app charges a flat pick-up fee in many cities, but that was scrapped for some places, such as Singapore.
Across Southeast and East Asia, taxi apps have not yet hit any major regulatory roadblocks, unlike in areas such as Europe, the US, and even China. EasyTaxi is available for iOS and Android.

for Kuala Lumpur, Johor Bahru, Singapore, Manila, Bangkok, and Ho Chi Minh City GrabTaxi Malaysian startup MyTeksi has pan-Asian ambitions under its English brand, GrabTaxi. It’s a lot like EasyTaxi, the main rival the startup faces in the Philippines, Thailand, Singapore, Vietnam, and its home nation. So far it covers six cities in the region. The app charges a flat extra fee for the pick-up; in the Philippines it’s PHP 70 (US$1.60), for example. The fact that you can rate taxi drivers is a plus point for cities with less than reputable cab drivers. The startup got funding earlier this year to aid with its expansion. GrabTaxi is available for iOS, Android, Windows Phone, and BlackBerry OS10.

for Kuala Lumpur GrabCar Let’s divert the list for a moment to look at limo apps, rather than taxi-related ones. GrabCar is a new venture from the GrabTaxi team. GrabCar is a lot like Uber (see below), the app-connected limo service that’s been expanding rapidly across Asia in the past year.
Initially, GrabCar is available only in Malaysia, but it’ll later expand to other areas in Southeast Asia – just as GrabTaxi has done. The new GrabCar service can be accessed from within the existing GrabTaxi app, which is available for iPhone, Android, Windows Phone, and BlackBerry OS10.

for Auckland, Bangalore, Bangkok, Beijing, Brisbane, Chennai, Guangzhou, Hong Kong, Hyderabad, Kuala Lumpur, Manila, Melbourne, Mumbai, New Delhi, Seoul, Shanghai, Shenzhen, Singapore, Sydney, Taipei, Tokyo
Uber Uber recently expanded to Beijing, which was the US startup’s 100th global city. The fancy limo service now runs in 21 cities across Asia-Pacific Uber is often portrayed as a direct rival to taxis (and taxi apps) in tech blogs, but that view is constricted to cities where taxi fares are exorbitant. When it comes to much of Asia, that view is inaccurate.
So while an Uber limo might be only “between 15 and 30 percent more” than a cab in Washington DC, you’ll actually find that the UberBlack limo service in Asia can wind up being two to three times more expensive than the same ride in a taxi. Of course, Uber’s service is a cut above the city cab, and there’s still a sizable niche that it can serve among those who can afford it in Asia.
Uber faces regulatory roadblocks in Manila, the capital of the Philippines, where apps that connect with unregulated cars are facing scrutiny from authorities for the first time. Aside from that, UberBlack is experiencing mostly plain sailing in its Asian expansion. Uber is available for iOS and Android.

for Sydney UberTaxi Sydney is the only place in Asia where UberTaxi is running. This is more like the regular taxi apps – connecting you with nearby city cabs. UberTaxi drove into Sydney last summer, promising 40 percent cheaper taxi fares if booked and paid for within the app.
That promotion ended in April this year. UberTaxi is nestled inside the main Uber app, available for iOS and Android.

for Hong Kong TaxiWise Taxiwise differentiates itself from better-known competitors by focusing on reservations rather than immediate pick-ups.
That means it’s not useful if you’re already down on the street waiting for a cab, but it could be great for getting a ride to the airport tomorrow or for a meeting across town later today. A Taxiwise user in need of a lift can input their pickup time, pickup location, and destination into the app’s database.
All city cab drivers who have the app installed on their devices can scroll through a list of the day’s bookings and commit to the trips they fancy. Taxiwise is available for iOS and Android. See: How Uber’s trek across the US will set the course for its run in Asia

for Mumbai, Delhi, Bangalore, Pune, Chennai, Jaipur, Goa, and Hyderabad OlaCabs OlaCabs currently covers taxis and private car fleets in eight Indian cites. There’s also Ola Mini for smaller and cheaper cabs, which operates only in Bangalore and Delhi so far. The app has 9,000 vehicles in its network.
All the taxis and limos belong to third-party cab firms and livery operators. OlaCabs is available for iOS and Android.

for Hanoi, Ho Chi Minh City PingTaxi This is Vietnam’s homegrown challenger battling the might of EasyTaxi. The trouble is that the startup lacks the funds to run adverts to lure in new users or to pay out significant cash bonuses to new drivers to sign up.
When we last reported on the startup in October last year, PingTaxi was in the very early stages with 110 drivers on the platform and 3,000 users on the app. PingTaxi is available for iOS and Android.

for Jakarta Blue Bird Car-hiring and taxi-flagging haven’t yet become very web-connected in Jakarta or across Indonesia, but the well-established taxi firm Blue Bird is making some ground with this new breed of apps. Blue Bird’s app lets regular riders order a car and track its arrival through the traffic.
The company hasn’t yet made a web service that connects with its higher-end Silver Bird car fleet, even though that would make it into a sort of homegrown Uber. Blue Bird has an app for Android.

for most cities in China Didi Dache As with most things on the internet, China is steaming ahead with its own homegrown options. When it comes to taxi apps, the top two are Didi Dache and Kuaidi Dache (the phrase “da che” means to take a cab).
This and other China-made taxi apps are free for people to use. These cab app startups make money from commission on the mobile data services they get cabbies to use – typically a 3G connection – so they get nothing from users themselves.
Didi Dache received $100 million in series C funding at the start of this year in which China’s top web giant, Tencent (HKG:0700), put in $30 million of that. Tencent is the maker of WeChat, the popular messaging app. Just a couple of days after that investment, Tencent added Didi Dache as one of the online services integrated into WeChat.
That allows WeChat users in certain cities to find a taxi within WeChat, book it, and then even pay for it via WeChat Payments. With 396 million active users on WeChat, this gives Didi Dache the biggest reach in terms of users of any transport app in Asia – perhaps even the world. The app has been making a huge marketing push this year, including cash rewards for users and cabbies. The company has spent over $200 million on such subsidies so far, but both this app and Kuadi Dache are now phasing them out.
As a result of all this spending and promotion, the app is now seeing five million rides per day. Aside from access within WeChat, Didi Dache has its own apps for iOS and Android.

for most cities in China Kuaidi Dache Kuaidi Dache has backing from a different Chinese web titan – Alibaba.
That makes both Kuaidi Dache and Didi Dache pawns in a growing rivalry between Tencent and Alibaba in the realm of mobile commerce. Alibaba first put money into Kuaidi in April 2013.
By January of this year – a few weeks after Tencent tied up with the rival taxi app – the service became integrated into Alipay, which is Alibaba’s ewallet app and service.
Share this
0 likes
Related Articles
0 Comments