According to e-payments vendor PayPal, local merchants running on its platform saw a 26 percent increase in 2013 over the previous year in online exports to the U.S. market, which was the biggest market for Singapore businesses. Australia, which was Singapore’s second-biggest online export market, pushed volumes up by 48 percent last year, while the U.K. ranked third-biggest drove online exports by 38 percent. 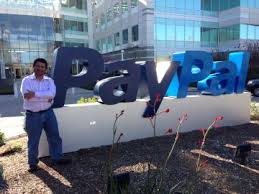 Singapore merchants saw the biggest growth in online exports from China, at 148 percent year-on-year, placing the Asian economic giant as the fourth-largest largest market for local businesses. Hong Kong clocked the second fastest-growing rate at 85 percent, followed by France at 63 percent, and Israel at 57 percent with Thailand rounding off the top five at 54 percent.

PayPal has more than 500,000 active users in Singapore, which make up the e-payment vendor’s over 10 million accounts in the Asia-Pacific region, including China, India, and Australia, revealed company executives at a media briefing Wednesday in Singapore.

One such merchant is luxury goods and fashion business, Reebonz. The Singapore-based company has almost 3 million members, most of whom are from the Asian region including Malaysia, Hong Kong, and Thailand, but the majority are from its homebase, which accounts for 2 million members. Some 80 percent of Reebonz’s sales come from online transactions, 50 percent of which are cross-border, said Sharanjit Kaur, the company’s global marketing manager, who was also at the briefing today.

Highlighting the importance of Asia as an e-commerce market, Chan said some 50 percent of e-commerce buyers by 2015 will hail from the region. The bulk of this, presumably, will come from China, he added.

He also pointed to mobile as a major market driver. PayPal last year processed payments worth US$180 billion worldwide, up 24 percent over 2012, and 15 percent of this volume was driven by mobile payments totaling some US$27 billion. There are over 143 million active PayPal users in 193 markets globally.

When asked, Chan declined to break down the proportion of mobile payments by region or individual markets, reiterating instead the company’s focus on driving transactions via mobile. It does so by improving the user interface for mobile payments, as well as encouraging its merchants to “mobilize” their online stores. He added that PayPal can help merchants do so for free and within seven minutes through its MobiPay feature it introduced last year.

Chan also confirmed that Samsung Galaxy S5 users in 26 countries, including Singapore, will be the first to be able to log in to their PayPal accounts via the phone’s fingerprint scanner, and pay for their purchases without the need for passwords.

He said PayPal is currently “talking to Apple” to provide a similar service on the iPhone, as well as other handset makers.

With a revenue of US$6.6 billion last year, PayPal contributed 41 percent of total revenues for parent company eBay.