The single biggest use-case for public cloud hosting is deploying external applications, and all indications are that this trend will continue in 2013.

These were the findings of a survey of more than 200 IT professionals, released recently by cloud server security provider, CloudPassage. The survey revealed that 41% of respondents in the public cloud use cloud servers for their external applications, suggesting there is less trepidation about moving business-critical applications to the cloud. 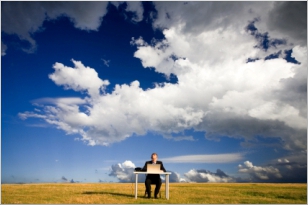 Thirty-six percent of respondents reported using public cloud hosting in the deployment of internal applications. Also, about a third use it for internal development and testing, and 29% are hosting e-commerce applications in the public cloud.

This increased adoption of public cloud is partly attributed to the fact that specific security concerns are beginning to fade. In 2012, 23% of respondents said they were concerned with the lack of perimeter defences and network controls in the public cloud. Only 8% voiced fear about providers having access to their guest servers, while 20% expressed concern about the multi-tenancy of the public cloud.

Security in the cloud

“Security and compliance in the public cloud is not just a pipedream, but a reality that will have tremendous impact on the way companies architect their computing environments,” says Carson Sweet, CEO of CloudPassage. “The fact that more organisations are deploying business-critical applications on public cloud infrastructure is a sign that the cloud market is poised for a dramatic uptake in adoption.”

That said, there are still some cloud security concerns. According to the respondents, the three main areas of worry are security, compliance and loss of control. Compliance issues were rated of high concern by 45% of respondents.

Big data and the cloud

Looking forward, big data and media are leading the way for variable workload bursts into the public cloud, according to the research. The survey found that 70% more people are planning to use public cloud environments for temporary workload/big data in 2013, as compared to 2012.

“Big data might very well be the catalyst that will push adoption of public cloud into overdrive. Real-time scalability will be key and a secure cloud will be the enabler,” says Roman Stanek, CEO of GoodData Corporation.

Survey respondents also plan to increase their use of cloud-based media hosting and internal development and testing in 2013 by 31% and 29%, respectively.

The CloudPassage survey was conducted in September 2012 among a pool of 201 respondents. Ninety-five percent of those surveyed reside in the US.