Americans Hazy on the Meaning of ‘Cloud Computing’

More than one-half (54%) of online adults in the US say they never use the cloud; however, 95% of those who think they’re not using the cloud, actually are: 65% use online banking, 63% shop online, 58% use social networking sites, 45% play online games, and 29% store photos online—all cloud-based activities—according to a survey from Citrix. 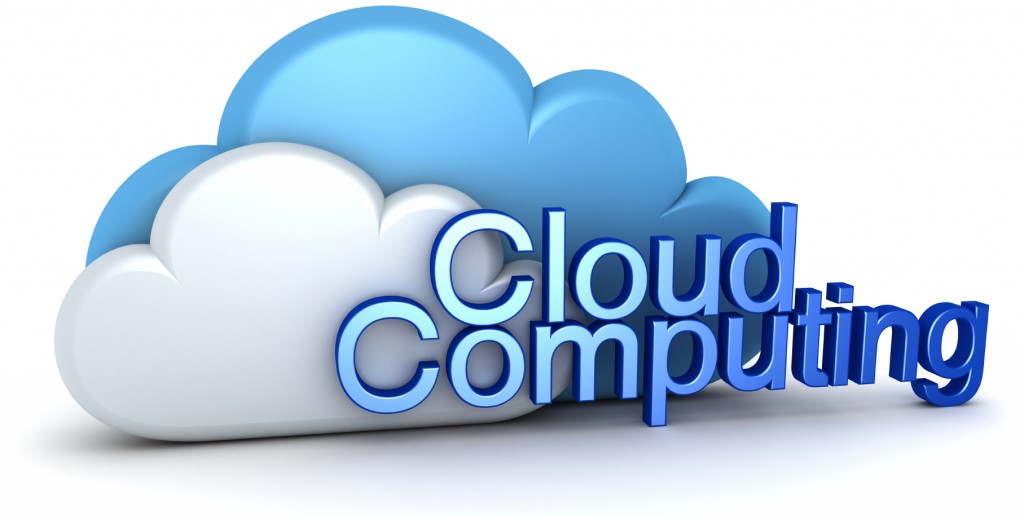 Below, additional findings from the Citrix Cloud Survey, conducted by Wakefield Research.

Asked to define what “the cloud” is, a plurality (29%) of Americans cited some type of weather-related term (e.g., the sky, or an actual cloud). Only 16% said (correctly) the cloud is a computer network to store, access, and share data from Internet-connected devices.

Moreover, it’s not just the name that’s puzzling. Most Americans are also unsure about how the cloud works: 51% said they believe stormy weather interferes with cloud computing: 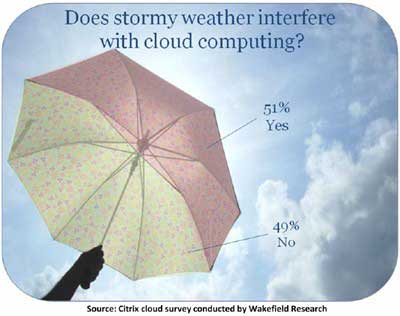 Even so, most (68%) respondents, after being exposed to the meaning of the cloud, recognized its benefits and cited the following as the cloud’s top economic advantages:

Despite its advantages, some people still resist using the cloud.

Among those who said they’re not using the cloud or not doing so often, 34% cited cost as a key obstacle, 32% cited security concerns, 31% cited privacy issues, and 15% said they didn’t know enough about the cloud. 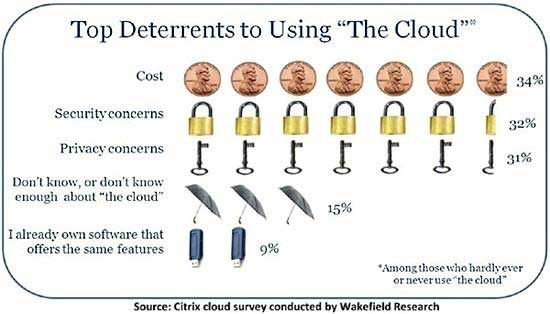 Only 1 in 10 of the Americans surveyed said they’re still using purchased software that performs the same functions as cloud-based solutions.