Where is cloud computing heading in 2014?

Private and hybrid cloud models, IT departments acting as cloud brokers, more competition among providers and a maturity in services is where ‘as-a-service’ computing is heading in 2014, say analysts. 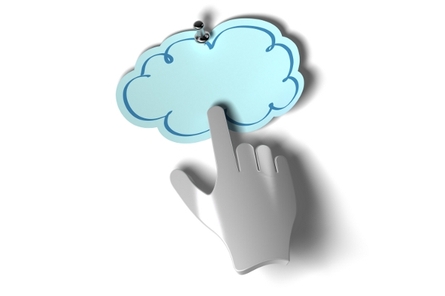 Michael Warrilow, research director at Gartner, says more enterprises will look to use public and hybrid cloud models next year as they realise “it’s impossible to private cloud everything”.

“We will see ever-more public cloud adoption … public [cloud] is probably going to be 70 to 80 per cent of cloud workloads,” he says.

Telsyte analyst Rodney Gedda also says the hybrid model will take off next year as it alleviates the need for IT groups to manage their company’s entire IT infrastructure.

“The hybrid model will still play for a lot of enterprises. Most enterprises are still deploying infrastructure on premise and have existing investment on premise. So being able to augment that a bit better is what we will see in 2014.”

Infrastructure-as-a-service (IaaS) and platform-as-a-service (PaaS) adoption is expected to increase next year, says IBRS advisor Wissam Raffoul. Companies will use software-as-a-service providers for their standard applications such as email, while IaaS will be used for legacy applications, he says.

He adds that as more IT organisations shift to the public and hybrid cloud model, they will need to enforce strict governance when negotiating contracts, and selecting and managing multiple providers.

Warrilow says there’s a trend where IT departments act as brokers of cloud services, which will continue through to next year.

“IT departments become less of the provider and more of the broker. Amazon, for example, really doesn’t want to do that; they don’t really want to talk to people, they want to take credit cards and deliver low cost infrastructure. So they are not really in the managed services business,” he says.

“That’s a role for the local players to fill in. I’m curiously watching Melbourne IT that is now offering services to manage Amazon. You’ll see more of that start to take place next year.”

Warrilow adds that competition between Microsoft and Amazon Web services will be fierce next year.

“2014 will be the year Amazon will no longer have it largely to themselves … Microsoft is shaping up as one of the most competitive threats to Amazon globally,” he says.

“Microsoft has announced their plans to come here next year with Azure, and I expect that will happen in the first half of the year. I think the big thing in Australia will be increasing choice and increasing competition.”

However, due to revelations of government spying by the National Security Agency in the US, more organisations may lean more towards local cloud players, rather than global companies like Amazon and Microsoft.

Telsyte’s Gedda adds that we can expect to see security and privacy as a key theme around the cloud next year. He says it won’t be a deal breaker, but organisations will certainly look at keeping their sensitive data onshore under Australian jurisdictions.

2014 will also bring about a mobile-cloud paradigm, where cloud services are managed via mobile devices, Gedda says.

“I think the ability to take control of cloud services from any device is something that will mature in 2014, become more of a mainstream thing.”

Tim Sheedy, Forrester analyst, says the good thing for CIOs next year is that cloud offerings will finally start to really mean cloud and not another version of outsourcing. So instead of having to sign up to three- to five-year contracts, more providers will mature their services and allow for flexibility in scaling up and down, he said.

“So with service providers starting to move towards what is truly a cloud-based service I think there will be more trust in the term which means as an IT shop you know what you are going to get.

“Your cost could go down if your usage goes down, which is ultimately — from an infrastructure, back end perspective — is what you are looking for.”