What the cloud holds for manufacturers

The rising popularity of and potential offered by cloud computing is nothing new. In areas like ERP and CAD, the benefits of cloud – quick rollout, a saving on IT capital expenditure, boosted computing muscle – have been known by industrial users and those offering them solutions for some time. 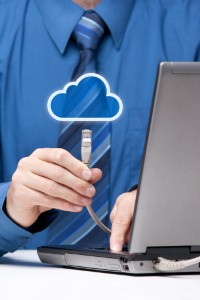 “We have done the cloud with our services since 2002 and now we have about 20 per cent for customers in the cloud as a software solution,” said Paul Goepfert, Pronto’s marketing manager, who notices that demand for cloud capabilities in ERP has been on the up and up across all industries.

Surveys such those published this year by US research consultancy Mint Jutras and MYOB in Australia are illustrative.

Mint Jutras’s survey found that 22 per cent of all manufacturing and distribution software was Software as a Service (SaaS), and this was predicted to grow to 45 per cent in a decade.

The 2013 MYOB Business Monitor Survey, published in March this year and carried out by Colmar Brunton, found that 16 per cent of SMEs (up from 14 per cent about a year before) were using cloud computing, and these companies were 106 per cent more likely to have seen a revenue rise in the last year.

Not to be outdone, the federal government recently jumped on the bandwagon, with then-minister for communications and broadband Stephen Conroy announcing in late-May that federal agencies would be required to consider cloud services “for new ICT procurements,” and this would have productivity and savings benefits.

Goepfert said that using the cloud, essentially IT as a service, helped keep costs down and get a quick result.

“You don’t need to manage a farm or server and stuff like that,” he told Manufacturers’ Monthly.

“The second reason why there’s a lot of demand is when companies make a decision to invest in IT they want that to have an impact very fast.

“Obviously in the cloud you don’t need to buy a server, you don’t need to wait for it to be delivered. It makes the implementation faster. And when manufacturing spends capital investment that’s not for example in your press or your bending machine, they want it to be effective very rapidly.”

Although ERP solutions often feature cloud, design is an area where the benefits are huge, at least according to design software company Autodesk, whose products CEO Carl Bass famously said last year would eventually only be used online.

“So if you’re looking at the way that the internet or the cloud is providing opportunities for massive computing power, it’s all sitting out there in data centres and Amazon servers and all of those,” explained Karsten Hojberg, then director of the manufacturing solutions division, Autodesk Australia, and now the company’s senior manager of Clean Tech Business Development.

Autodesk believes that one of the key benefits of cloud CAD for SME manufacturers is the access to what it likes to call “infinite computing” – accessing extra computing horsepower and gaining more sophisticated modelling and more simulations in less time – through its Autodesk 360 services.

Another major plus, Hojberg told Manufacturers’ Monthly, was greater collaboration within a company.

“Once you have that level of computing you also have this massive infrastructure for collaboration and sharing,” he said.

“So that’s what really the cloud delivers. It serves the hardware and technology that people haven’t had before.”

Increased collaboration and more effective, quicker innovation is behind CAD rival SolidWorks’ Mechanical Conceptual product, which was announced at SolidWorks World 2013 and is currently in trials.

Collaboration and social sharing on a private cloud are to be features of Mechanical Conceptual when it is released.

Being connected at many different levels throughout the innovation process are what customers have demanded, SolidWorks has said.

“And one of those things is collaboration in the design process or engineering process and that can be internal collaboration, with stakeholders in their business or supply chain,” Shane Preston, CEO of Solidtec Solutions, a SolidWorks re-seller in Australia and New Zealand, told Manufacturers’ Monthly.

“Some of those are also early in the process encouraging collaboration to try and harvest great ideas and use those as a basis for innovation.”

“I think [parent company] Dassault and SolidWorks are now saying our customers are looking for increased collaboration and the culture’s becoming more and more online and more and more in-tune with social media. So we’re looking to bring those two together to create a company that has an increased ability to compete.”

Preston said he didn’t see cloud CAD replacing desktop products, at least not in the near-term, and they could exist side by side. A desktop solution makes sense to clients who aren’t “power users,” reasoned Preston.

For users with highly complex needs, they might feel the need to progress to a cloud-based system, he said. Smaller users didn’t always need a lot of computing strength.

“A desktop application makes a lot of sense to them; they don’t have large overheads in terms of maintaining or administering desktop-based software.”

And there are those who have security concerns around IT as a service. Goepfert pointed out that certain manufacturers would never in a million years consider a cloud-based ERP system, and there wasn’t a one-size-fits all consideration.

“For example we have a customer that is creating banknotes and sim cards and for these guys, there’s no way they will go in the cloud, ever,” he said.

“We have another customer, Nike, and for them they decided to go cloud, no questions asked. Why is that? Because they wanted to implement new outlets, very rapidly, because they are planning to grow tremendously over the next few years.

“They don’t want to buy equipment, hardware, they just want to enable it in at the most an hour. And between these two extremes you have a complete variety of needs. People that don’t want to buy the hardware but want to own the software.”