This week in cloud: Rackspace and Cloudant team; OpenNebula updates 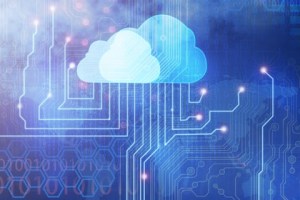 Cloudant, the Cambridge,  Mass.-area startup that wants to make its NoSQL database service ubiquitous, took another step in that direction this week– adding the Rackspace cloud to platforms it supports. Cloudant already runs on Amazon Web Services, Joyent, Microsoft Azure and SoftLayer infrastructure.

Cloud vendors, not surprisingly, are pushing their respective infrastructure as a platform for database processing jobs. A few weeks ago, Amazon, with partner Paraccel, launched RedShift, a new data warehouse application. For other database loads, Amazon ‘s Relational Database Service (RDS) gives customers a choice of running MySQL, SQL Server or Oracle databases. It also offers its own home-grown DynamoDB as a NoSQL option and SimpleDB.

C12G Labs, the company behind the OpenNebula cloud infrastructure used by CERN, the European Space Agency and some other heavy hitters, will now give users a way to spin up a secure OpenNebula-based sandbox inside Amazon’s public cloud.  Such an option could prove popular for developers who love the ease and low cost of AWS, but want more security and additional capabilities for training, development and testing.

“The idea is to build a private cloud on Amazon in a few seconds — the nested cloud uses emulation for the virtualizatoin nodes and so is mainly for training, development and testing purposes,”  OpenNebula GM Ignacio Llorente told me via email.

The actual deliverable is a CentOS 6.3-based virtual appliance with automated installation and prepackaged images which uses emulation to execute virtual machines. Users can log into the OpenNebula cloud to monitor their managed resources, launch VMs without having to worry about the underlying physical infrastructure, according to a statement.

At Dell World 2012 last week, Dell buried a statement that its upcoming public cloud will be based on the OpenStack cloud platform. As ITWorld reported, this was news albeit not really surprising, since Dell was an early-ish OpenStack proponent and has also worked with Morph Labs on

In 2011,  [Dell] said it planned to launch a public cloud based on an open source platform. Since Dell has been a supporter of the OpenStack Foundation and has used OpenStack in private cloud offerings, it would be unusual for it to go with Eucalyptus.

But Dell had also said it would have a public cloud in 2012, so the buried statement represents a delay. It also offered a preview of its OpenStack-based private cloud.

Also at ` Inktank, the Dreamhost spinoff dedicated to pushing Ceph as an open-source storage alternative, formally joined forces with Dell. That alliance is not really surprising given that DreamHost had already worked with Dell to make Dell’s open source Crowbar configuration tool compatible with Ceph.

Proponents say that Ceph technology is more adaptable and cheaper than proprietary storage systems already used by business accounts. But, perhaps more important, they say it’s a better alternative to the Swift storage system that is part of the OpenStack cloud platform. Ceph also claims API compatibility with both Amazon S3 and Rackspace Cloud Files.

In September, Ceph got a big boost when Canonical founder Mark Shuttleworth invested $1 million in Inktank, which Dreamhost spun off last year as a sort of systems integrator/ service provider to help entrench Ceph in enterprise accounts.