The private cloud is giving way to the public cloud

Private clouds were the right solution for many enterprises that wanted to realize the value of cloud services without actually moving to a public cloud. However, from what I can see, the trend now appears to moving to deployments on public or hybrid cloud models. 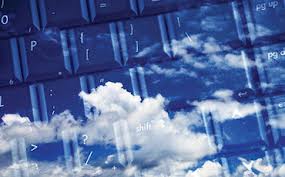 Gartner seems to agree. Michael Warrilow, a research director at Gartner, says more enterprises will look to use public and hybrid cloud models in 2014 as they realize “it’s impossible to private-cloud everything.”

Although a private cloud is indeed a solid and viable architectural option, it’s typically overused. Enterprises that want to maintain control of their hardware and software see the private cloud as an option to help them kick the cloud can farther down the road. They can claim to have a cloud, but that cloud looks like the other systems lying around the data center. Moreover, the cost is about the same or more than traditional systems.

Public clouds have matured a great deal in the last few years, and the truth is they’re more ready for prime time than most private clouds. In addition, they’re more cost-effective and do a much better job of providing time-to-market advantages, business agility, and scalability.

Looking out three to five years, I suspect that most cloud implementations will be public clouds, and most applications running on clouds will be on public clouds. Consider the massive investment made by public cloud providers and the fact that the public cloud is simply the better architectural choice most of the time.

Still, don’t shed tears for the private cloud guys: They will always have some part of the market, which happens to be expanding. Just be clear that the momentum is now adamantly behind public clouds.