The Not So Far East: Asia, the Next E-commerce Frontier

With retailers around the globe concentrating their attention on Asia as the next frontier, many make the mistake of focusing too heavily on China. Whilst China is undoubtedly Asia’s golden child, Asia comprises the largest and most populous continent with a combined population of approximately 4.4 billion, as such it presents a huge opportunity for the e-commerce industry. 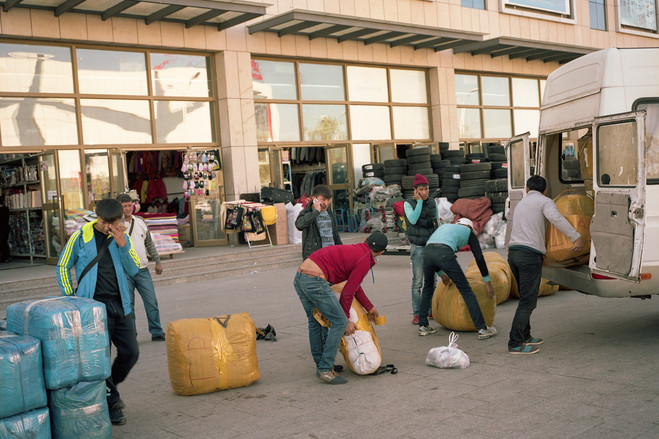 In fact, Asia contributed a whopping 35 per cent of the world’s e-commerce turnover in 2014 and is continuing to grow.

There are numerous elements at play when considering the growth in this market aside from the vast populous mentioned above. In fact, research shows three distinct trends fuelling the rise in the Asian market. Alongside the continued desire for Western products, which is only increasing with the growing accessibility of global goods, the opportunities for online retailers are endless.

With barriers such as differing currencies, cultures and languages, let alone technology adoption and payment infrastructures, it’s important to approach each country, and often audiences within each country, with a specifically tailored retail offering. The barriers that currently exist need to be broken down and there are several things to take into consideration.

McKinsey and Company identified three powerful trends fuelling this rise – rapid economic growth, urbanisation and the adoption of technology (notably Internet penetration and mobile technologies). Together these are transforming the region, its people and its economies, with e-commerce leading the way.

Outside of China, Nielsen predicts Southeast Asia will have a cash-rich middle class of 400 million by 2020, hold 688 million mobile devices and boast a GDP over US$2.4 trillion. The growth of e-commerce is rapid, with Frost and Sullivan projecting the compound annual growth rate (CAGR) of Indonesia, Malaysia, Philippines, Singapore, Thailand and Vietnam at 37.6 per cent from 2013 to 2018, growing from US$7 billion to US$34.5 billion.

The desire for Western products

Asia’s continued desire for luxury Western brands such as Dior, Burberry and Chanel appears unbounded, with Japan now the second luxury market in the world. Burberry, for example, sold US $870 million in Asia last year, an 18 per cent growth on the previous 12 months and a total that now makes up some 39 per cent of its global revenue. Whilst 37 per cent of Dior’s global €30.9 billion revenue now comes from Asia.

Apple has also seen particular growth across Asia in the past 12 months. Recent research showed that Apple’s latest iPhone 6 and iPhone 6 Plus handsets have led to significant gains in Japan, China and South Korea. In the latter, it now enjoys a 33 per cent market share, overtaking LG to be the second most popular phone manufacturer behind local success story Samsung. In Japan, it enjoys an overwhelming 51 per cent of the smartphone market. Whilst in China, Apple’s iPhone sales have soared, increasing its revenue in the country by 71 per cent to US$16.8 billion (£11.03 billion), helped by gift-buying for Chinese New Year.

The main obstacle merchants face when looking to break into the Asian market is that of culture. Cultures not only differ significantly from country to country throughout the continent, but even differ from region to region within countries. Each country has its own language and often has different languages and dialects that pertain to different regions within the same country. To make things even more complicated for retailers with an eye on Asia is the fact that many Asian countries are veritable cultural melting pots. Malaysia for example, comprises many different ethnic groups including the Malays, Chinese and Indians, with many other ethnic groups represented in smaller numbers, each with its own languages.

Furthermore, each country also celebrates different traditional holidays at different times in the year, resulting in different sales peaks and troughs. For example, many of the countries in East Asia celebrate Lunar New Year whereas in Indonesia, they have a holiday in August celebrating Indonesian Independence Day where the whole nation comes together in a riot of red and white.

Another obstacle is the lack of widespread e-commerce platforms and payment methods, which means that merchants must pay close attention to the buying behaviour of consumers in each of the disparate markets. Merchants should take all of this into consideration in order to make the most positive impact when entering Asian markets.

Although credit cards are still the number one payment method for online purchases in Asia with 37 per cent, e-wallets are also surprisingly popular, accounting for almost a quarter of online purchases. This compares with only 13 per cent in Europe and just five per cent in Africa and the Middle East. The only real exceptions to the rule are Bangladesh (0.8 per cent), India (1.5 per cent) and Taiwan (1.8 per cent) where they are scarcely used.

The differences from country to country in Asia could not be greater. Whereas in South Korea the credit card has almost a monopoly, accounting for three quarters of online purchases, in Taiwan only a measly three per cent of online purchases are paid for by card.

It isn’t easy for retailers in the region, because alternative payment methods are also very popular, although naturally there are considerable variations if we compare them country to country. Mobile payments are a hit in the Philippines, spearheaded by mobile network operators Smart Communications and Globe Telecommunications, alongside alternative payment providers like Dragonpay and PayPal, around 7.5 per cent of online purchases are already paid for using this method. In comparison, mobile payments account for only 0.1 per cent of online purchases in Indonesia, and just 0.3 per cent in Malaysia and Japan.

A special case is Taiwan, where they have an excellent Internet infrastructure, but although the Taiwanese like shopping online, they actually prefer to pay offline. More than half of all purchases are paid for by cash on delivery (52 per cent) and payments in shops and to cash machines are also very popular (31 per cent).

In Asia, as in any market, it is imperative to not only understand your potential consumer, but also their preferred payment mechanisms. A tailored retail offering is critical to gaining any level of success across Asia. Knowing where to begin and finding the best approach can be a complex undertaking, which is why seeking the expertise of global electronic payment specialists can help retailers circumvent the challenges of unlocking the potential of Asia by building ongoing relationships and a rapidly growing customer base.