The Cloud-Enabled Transformation of Enterprise IT

Thanks to exponential advances in processing power, bandwidth, and storage (what I call the three change accelerators), the business environment is undergoing a major transformation. 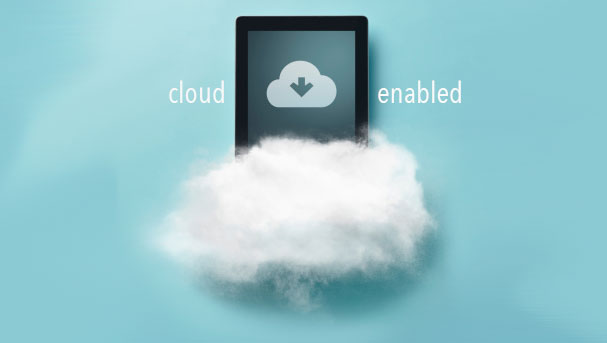 I have been tracking the trajectory of these three change accelerators for the past thirty years and they have now entered a predictable new phase—one that will transform every business process. In fact, based on the technology-enabled hard trends that are already in place, including advances in cloud computing and virtualization, over the next five years we will transform how we sell, market, communicate, collaborate, innovate, train, and educate.

In order to fully understand how cloud computing and virtualization will work together in new ways to transform the business world, let’s take a quick look at the evolution of each.

Most of us first started using a public cloud provided by companies such as Microsoft, Google, or Apple, where we stored documents remotely on their servers, or we used a cloud service like Flickr to store and share photos.

The private cloud soon followed when companies wanted to provide employees secure access to company files from any device anywhere. Since it’s private, it’s secure and the public does not have access to it. Midsize and large companies have been rapidly establishing private clouds.

It didn’t take long to see the private/public cloud emerge—also called a hybrid cloud. In this configuration, you have a private part of your corporate cloud that is secure and only accessible by employees, and you have a part of the cloud that is public where strategic partners, vendors, and customers can access limited content.

Part of this evolution of cloud computing and virtualization is that we can now virtualize large components of IT. We are already seeing IT as a Service, much like how software as a service (SaaS) became popular. This means that much of the IT department will be virtualized as an on-demand service and running in the cloud.

The benefits of IT as a service are immense. Not only will it save money, but it can also increase speed and agility. Since your servers aren’t being used 100 percent all the time, the efficiency varies. With IT as a service, you can scale in real time as demand dictates by the nanosecond. As sales increase or decrease, instantly the system will self-configure. Now you’re only paying for what you’re using, meaning you’ll benefit from dynamic resource allocation, maximizing what you have and what you’re paying for at all times.

IT as a service is a game changer. Because you now have components of the IT department existing in the cloud, you free your in-house IT staff to shift from a maintenance mode to an innovation mode. As such, your IT department can focus on achieving business goals, creating innovative solutions, and driving sales rather than upgrading individual user’s computers and firefighting everyday problems. It allows the IT department to examine the industry trends unfolding so your company can give customers the products and services they’d ask for, if they only knew what was possible.

The fact is that the ability to innovate has never been more possible and has never happened faster. In transformational game changing times such as what we’re experiencing now, the key rule is this: If it can be done it will be done … and if you don’t do it someone else will.