SAP says HANA will power all its cloud applications

SAP’s HANA Cloud Platform, consisting of the core in-memory database plus application development tools, analytics and integration services, will eventually underpin all of its cloud-based applications, the company said at its Sapphire conference. 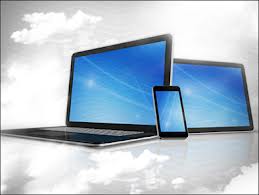 The announcement Tuesday came shortly after SAP unveiled the HANA Enterprise Cloud, a new service that gives customers the ability to run their SAP Business Suite, CRM (customer relationship management) and Business Warehouse software, which are typically deployed on-premises, in a cloud environment. SAP is planning to give hosting partners the ability to run the service as well in their own data centers.

Meanwhile, the HANA Cloud Platform announcement gives SAP customers yet another signal of the vendor’s long-term commitment to HANA. The product became generally available in 2011, primarily targeted at analytic workloads, but since has gained the ability to run transactional applications.

SAP built up a portfolio of cloud-based software through the acquisition of SuccessFactors and Ariba, and has also developed some such applications on its own. A number of the latter have been renamed, with the former Financials OnDemand becoming Cloud for Financials and Travel OnDemand now titled Cloud for Travel, according to the announcement on Tuesday.

All of those applications will apparently be ported to the HANA Cloud Platform over time and SAP also plans to integrate its Jam social collaboration software with those products, according to the announcement.

Ariba’s Spend Analytics component is now running on HANA, with other products scheduled to get the same treatment “in the coming months,” SAP said. No other delivery dates were provided.

SAP has called HANA the fastest-growing product in its history and positioned the platform as a symbol of its reinvention from a monolithic ERP (enterprise resource planning) vendor to a more nimble entity in touch with modern computing trends.

Co-CEO Bill McDermott alluded to SAP’s efforts during a keynote address at the conference Tuesday. “Three and a half years ago, we asked ourselves the tough questions,” he said. “Were we relevant, did we matter, and if we weren’t around, would anyone even care?”

Sapphire continues this week through Thursday, with more HANA-related news expected that day.