Rackspace (RAX), the server and cloud hosting vendor with a strong investment in OpenStack and other open source cloud technologies, continues to expand its educational initiatives around the open cloud. 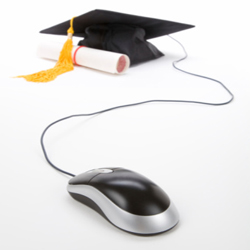 This week, it launches a new network operations class as a part of the curriculum at the Open Cloud Academy, a key part of the company’s efforts to train the next generation of IT professionals for the cloud.

The class, which begins Aug. 5, is an eight-week training program that grants certifications for network administrators, network operators and network engineers. It’s the newest addition to the lineup of professional training options available at the Open Cloud Academy, which also offers instruction in Linux system administration, software development and cyber security.

The new network operations class reflects growing interest within the channel as a whole in tighter network security and enhanced network efficiency around cloud computing. It’s also evidence of Rackspace’s interest in creating a well-rounded workforce of programmers, administrators and technicians who can build and maintain the virtual servers and cloud computing infrastructure that constitute the bread and butter of Rackspace’s business.

While traditional educational routes through third-party technical schools and non-profit educational insitutions can supply some of that IT talent, Rackspace clearly believes they won’t suffice on their own. Instead, the company is seeking to build its own base of professionals close to home, and hopes to do so by appealing not only to traditional IT students but also military veterans, college graduates, people changing careers and technicians with some certifications and would like to gain more. The Open Cloud Academy singles out all of these groups on its website as ideal candidates for its programs.

Rackspace opened the Open Cloud Academy back in March, and graduated its first class in April 2013.

The initiative is only one of a series of investments in by Rackspace in recent months to train cloud computing professionals. In February, the company partnered with Texas community colleges on a technical-training initiative made possible through a $2.5 million public grant, and in January it coordinated an OpenStack training workshop at MIT. The VAR Guy (who I am not, by the way!) was right when he predicted a surge in open source cloud-related IT training opportunities earlier this year.