Nigeria: The Emergence of IT Virtualisation in Cloud Computing

IT virtualisation refers to various techniques, methods or approaches of creating a virtual hardware platform, operating system, and storage device or network resources. 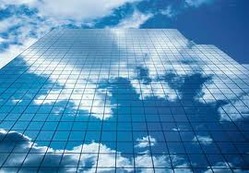 It is the abstraction of physical network, server, and storage resources to greatly increase the ability to utilize and scale compute power. Indeed, virtualisation has become the very technology engine behind cloud computing.

While virtualisation may reduce overall power consumption in the room, virtualised servers tend to be installed and grouped in ways that create localised high-density areas that can lead to “hot spots”. This cooling challenge may come as a surprise given the dramatic decrease in power consumption that is possible due to high, realistically achievable physical server consolidation ratios of 10:1, 20:1 or even much higher. As a physical host is loaded up with more and more virtual machines, its CPU utilisation will increase. Although far from being a linear relationship, the power draw of that physical host increases as the utilisation increases. A typical non-virtualized server’s CPU utilization is around 5 per cent-10 per cent.