The computing cloud may feel intangible to users, but it has a definite physical form and a corresponding carbon footprint. Facebook’s data centers, for example, were responsible for the emission of 298 000 metric tons of carbon dioxide in 2012, the equivalent of roughly 55 000 cars on the road. 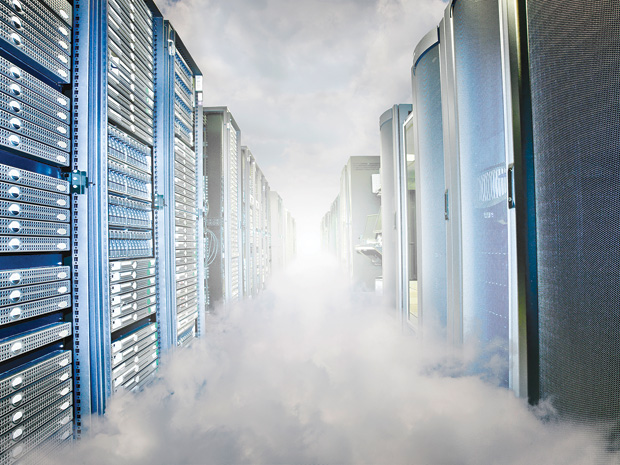 Computer scientists at Trinity College Dublin and IBM Research Dublin have shown that there are ways to reduce emissions from cloud computing, although their plan would likely cause some speed reductions and cost increases. By developing a group of algorithms, collectively called Stratus, the team was able to model a worldwide network of connected data centers and predict how best to use them to keep carbon emissions low while still getting the needed computing done and data delivered.

“The overall goal of the work was to see load coming from different parts of the globe [and] spread it out to different data centers to achieve objectives like minimizing carbon emissions or having the lowest electricity costs,” says Donal O’Mahony, a computer science professor at Trinity.

For the simulation, the scientists modeled a scenario inspired by Amazon’s Elastic Compute Cloud(EC2) data center setup that incorporated three key variables—carbon emissions, cost of electricity, and the time needed for computation and data transfer on a network. Amazon EC2 has data centers in Ireland and the U.S. states of Virginia and California, so the experimental model placed data centers there too, and it used queries from 34 sources in different parts of Europe, Canada, and the United States as tests.

The researchers then used the Stratus algorithms to optimize the workings of the network for any of the three variables. With the algorithms they were able to reduce the EC2 cloud’s emissions by 21 percent over a common commercial scheme for balancing computing loads. The key to the reduction, scientists found, was in routing requests to the Irish data center more than to those in California or Virginia. Ireland also tended to have faster-than-average service request times, so even when Stratus was tuned to reduce carbon, it shaved 38 milliseconds off the average time taken to request and receive a response from the data centers.

The researchers stress that the results have more value in representing trends than in predicting real-world numbers for quantities like carbon savings. Some of the key inputs were necessarily inexact. As an example, for some geographic locations, such as Ireland, it was easy to find real-time carbon intensity data or real-time electricity pricing data, but in other areas, including the United States, only seasonal or annual averages were available. “If we had the real-time data for California and Virginia, the simulations might look quite different,” says Joseph Doyle, a networks researcher at Trinity who worked with O’Mahony and IBM’s Robert Shroten on Stratus.

Christopher Stewart, who researches sustainable cloud computing at Ohio State University, says that although Stratus and other recent work have made significant progress toward modeling effective load balancing, data storage is another important factor [PDF] to consider. In order to handle requests, you have to have data stored on-site, he says. “With data growing rapidly, storage capacity is a major concern now, too, and that may limit your flexibility in terms of being able to route requests from one data center to another.”

The researchers hope that the easier it is to achieve load balancing and optimization in cloud computing, the more it will be implemented by environmentally conscious companies, or those just looking to save money. “A company like Twitter might have lots of options in how it decides that all the Twitter traffic is going to get served around the world,” O’Mahony says. “If they decided that greenness was one of the things that was most important to them, they could structure their load balancing accordingly. Or if getting it done as cheaply as possible was important, they could structure it that way. Or they could do anything in the middle.”