Microsoft announced a variety of enterprise products and services Monday, including discounts to its Windows Azure cloud platform. The unveilings accelerate the company’s effort to move its services to the cloud, and to compel businesses to build clouds of their own using Microsoft’s tools and infrastructure. 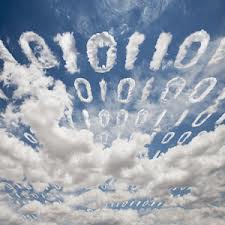 They also offer a response to ongoing criticism that the company is focusing too many resources on consumers.

In a blog post, cloud and enterprise executive VP Satya Nadella said Microsoft is prepared to lead the enterprise cloud charge, which he characterized as a potential $2 trillion market, because of three strengths: a strong SaaS portfolio that includes Office 365, Bing, Xbox Live and more than 200 others; a massive public cloud in Windows Azure; and a viable hybrid model that provides businesses the tools and infrastructure to explore the cloud while still keeping data secure and extending the use of existing hardware. He said Microsoft is the only cloud provider that can boast these assets and that its new wave of products represent significant advancements across all areas.

Among the new announcements, the Azure discounts are sure to generate interest. They will be available to Enterprise Agreement customers regardless of upfront commitments, free from overuse penalties, and with an option for annual payments. Microsoft will announce more information, including how large the discounts will be, on Nov. 1.

Microsoft also announced a new Azure cloud service dedicated to government customers. The company said in a statement that its government-only cloud will host data, applications and infrastructure from within the continental U.S. and that data centers will be managed only by U.S. staff. Microsoft pointed out that its public cloud is to the first to be granted a Provisional Authority to Operate from the FedRAMP Joint Authorization Board.

Other announcements ranged from new versions of Microsoft’s developer tools, VisualStudio2013 and .Net 4.5.1; to the latest release of Windows Intune, the company’s management tool for BYOD; to Dynamics CRM Online Fall 2013. Microsoft also announced a second preview of SQL Server 2014 that it claims offers 10 to 30 times better performance as well as backup and disaster recovery through Azure.

The announcements could help Microsoft demonstrate that it remains focused on its core enterprise customers, even as it exerts resources on its Surface tablets and other consumer-facing projects.

Microsoft’s “device and services” strategy has faced criticism almost from the start. Following poor Windows 8 adoption and disastrous Surface RT sales, the criticism has only grown louder, with many claiming the company is trying too hard to be like consumer-centric Apple, rather than focusing on its core business and institutional customers. The company’s $7.2 billion Nokia purchase has presumably done little to assuage these fears, but this week’s announcements might be more reassuring.

Microsoft officials recently have argued that its consumer businesses are necessary because of BYOD and other consumerization trends. But they also have claimed the company understands its priorities.

In a recent meeting with financial analysts, for example, executives including CEO Steve Ballmer reaffirmed their dedication to the Surface line even as COO Kevin Turner revealed that large corporations and governments account for 55% of Microsoft’s business, with consumers chipping in only 20%. Turner pointed out that Microsoft’s enterprise businesses continue to grow; Office 365 was on a $1 billion annual revenue rate earlier in the year but had already increased to a $1.5 billion clip by the time of the meeting, he illustrated, adding that the subscription product would “blow through” those figures in 2014.

It is true that although Microsoft’s dependable Windows revenue stream is in danger of contracting, its enterprise products have enjoyed growth. Much of this growth has occurred under the stewardship of Nadella, one of the company’s top performers in its recent fiscal year according to its internal metrics, and a possible candidate to replace Ballmer, who will retire in the next 10 months.

Nadella predicted in its blog post that Microsoft will become the cloud market’s global leader, suggesting the company has its priorities ironed out. But in an interview this week with The New York Times, he provided a more nuanced take on why his businesses have been more successful than some of Microsoft’s others. Nadella explained that “Azure is a new operating system, designed not just for our cloud, but for anybody to build a cloud with.” His effort, in other words, wasn’t on protecting Microsoft’s existing products, a tactic for which critics often blast the company, but rather on building the product customers actually need.

Nadella was surprisingly frank: “You can rightfully criticize us on mobile and tablets,” he told the Times.

Microsoft is adopting aspects of this more open approach elsewhere; Ballmer reiterated this week at the Gartner Symposium that Microsoft Office will be coming to iPads, for example, but that the company is still in the process of developing a version well-suited to a touch UI. Whether Nadella’s early embrace of the philosophy gives him an edge in the CEO race is unclear; recent reports suggest Ford CEO Alan Mulally or former Nokia CEO Stephen Elop is the top candidate.