IBM has announced an update to its Power Systems offerings which is says will bring big data analytics capabilities to smaller firms and emerging markets and tackle rivals HP and Oracle. The new Power Express entry-level and midrange offerings are based on Power7+ processors that have been optimised for use with the firm’s own analytics technologies such as Cognos and SPSS, IBM said. The new products are listed as the Power Express 710, 720, 730 and 740, will start from $5,947 and begin shipping from 20 February. IBM said this will enable it compete with similar technology from rivals Oracle and HP. 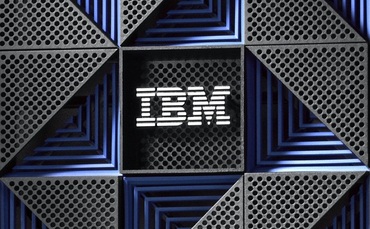 “Big data and cloud systems that were once only affordable to large enterprises are now available to the masses,” he said.

“With these new systems, IBM is forging an aggressive expansion of its Power and Storage Systems business into SMB and growth markets.”

As well as the new entry-level offerings, IBM also unveiled new Power Systems for midsized and large enterprises, the 750 and 760, that it said are ideal for these firms looking to consolidate their big data analytics and cloud workload platforms.

Meanwhile, on the software side, IBM has unveiled new Pure System offerings designed to make it easier for firms to interrogate and understand the data they want to use.

The launch includes PureData System for Analytics powered by Netezza technology, that can offer 40 percent great data capacity and three-times faster data-analysing than previous offerings, to both boost efficiencies and reduce datacentre costs.

In conjunction with its push to bring big data to the masses, IBM has also moved to boost its cloud computing storage offerings to help make the storage of data simpler and more cost-effective.

Chief among the updates include SmartCloud Storage Access. This is designed to allow companies to create their own internal cloud portals for the storing and accessing of data and this can be managed through a web-based portal with the need for IT admin support.

Another notable update sees the firm’s XIV Storage System upgraded with a new system of design for big data that supports 12 10GB Ethernet Ports and up to 6TB of solid state cache, which IBM said can improve workload performance five-fold.

The announcements underline IBM’s rich heritage of innovations, with the firm confirmed as securing the most patents in 2012, an achievement it has secured for 20 years in a row.